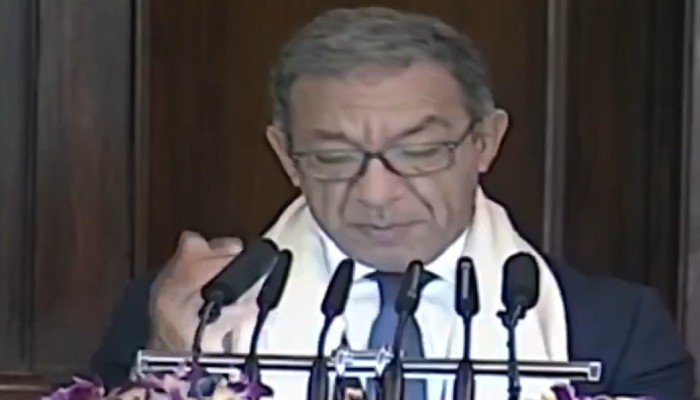 Inter-Parliamentary Union (IPU) President Duarto Pacheco has assured India of Portugal’s support to the nation's bid to be a permanent member of the UN Security Council.

Speaking at the Central Hall of Parliament addressing the Members of Parliament on Tuesday, the chief of the international body of legislatures said, “In the UN, Portugal supports the reform process and the inclusion of India as a permanent member of the Security Council.”

“We have a special relationship between our countries. Portugal and India have over 500-year-old relations, so we know each other so better that I may say that we aren't just friends, we're brothers,” Pacheco said.

“India is the largest democracy of the world and in all levels, from local to national, is looking to be more inclusive with more women and young people. India respects convictions, political and religious, of each person,” the IPU president said, noting that both India and Portugal share deep relationships based on common grounds of parliamentary democracy.

Further, he said India's commitment towards implementation of sustainable growth models has been exemplary and is now shared by many democratic countries around the World.

Talking about the Global Pandemic of COVID-19, Pacheco thanked the Indian leadership for reaching out to many countries across the world ensuring supply of COVID related drugs and Vaccines. He assured India of Portugal's support towards India's permanent membership at the UN Security Council.

Presenting Pacheco with the copy of the Indian constitution, Speaker of Lok Sabha Om Birla said Parliaments of every country should respect sovereign decisions taken by other countries.

After the event, Pacheco met with External Affairs Minister S Jaishankar.
Jaishankar took to his Twitter and said, “Pleasure to meet @IPUPresident Duarte Pacheco. Deeply appreciate his address at the Parliament today. Confident that under his leadership IPU will continue to strengthen democratic multilateralism.”

Pacheco is on a week-long visit to India on the invitation of Parliament of India and witnessed the functioning of Rajya Sabha on Monday.

He is also scheduled to have an interaction with the Parliamentary Committee on External Affairs.

Inter Parliamentary Union (IPU) espouses the cause of promoting democracy across the world and taking up issues of International importance. India has been an active member of IPU since 1949 with Najma Heptulla and G S Dhillon also serving the International body as presiding officers.

IPU is one of oldest and largest International Parliamentary bodies consisting of 179 members with its headquarters in Geneva, Switzerland.