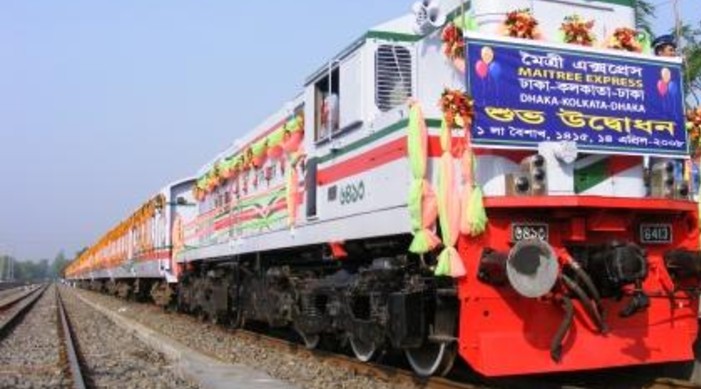 “Railways between countries is causing a rapid shrinking of South Asia’s geography,” Shringla

While speaking about connectivity in the South Asian region, Foreign Secretary Harsh Vardhan Shringla said the Asian Development Bank attributes the high growth in the region to upgraded infrastructure in India, Bangladesh and Sri Lanka.

“The massive investments in infrastructure have steadily led to improving physical connectivity. It has improved by road, by water, by railway and by air and often by a combination of them,” the Foreign Secretary said in his address at Ananta Aspen Centre on ‘What Next for Neighbourhood First,’ on Monday.

“Chabahar Port and the Zaranj-Delaram highway improve connectivity to landlocked Afghanistan and link South Asia to Central Asia. Landlocked Bhutan has access through Indian inland waterways and improved road networks to Bangladesh and the Bay of Bengal,” he said.

“India and Bangladesh are linked by rivers and share a coastline. Goods now reach Tripura from West Bengal through waterways via Ashuganj in Bangladesh or on coastal shipping via Chittagong port. A direct cargo ferry between India and Maldives moves containers between the two countries,” the Foreign Secretary added.

Another line of communication to North East India, and therefore, between South and SouthEast Asia is being created through the Kaladan multi-modal transport project which pivots on Sittwe Port in Myanmar.

Railways between countries is causing a “rapid shrinking of South Asia’s geography,” he said, adding “We have made a sustained effort with Bangladesh to leverage historical railway connections into a contemporary network.”

In this context, he highlighted the revival of 5 of 6 rail links between Bangladesh and India.

He informed the audience at the think tank that another rail link is being restored and a new rail link between Akhaura and Agartala railway is being built.


As regarding India-Nepal rail link, he said India is connected to Nepal through the Jayanagar- Kurtha railway line. A Raxaul-Kathmandu railway is on the anvil.

Railways has a lower carbon footprint than roadways and is usually more economical in moving large volumes of freight.

The emerging railway networks are a win-win solution that can drive greater connectivity and growth in what we call BBIN - Bangladesh Bhutan India Nepal - configuration. They can, through Myanmar, provide a link to East and South East Asia.

Passengers wishing to travel between India and Bangladesh can use trains such as Maitree and Bandhan Express or use buses between Shillong and Dhaka, and between Dhaka and Agartala and Kolkata.

Kolkata is now linked to Agartala by bus via Dhaka. Numerous bus services operate between India and Nepal. A bus service that links Mandalay in Myanmar with Imphal in India has been agreed upon.

Future plans to enhance connectivity include extending the Trilateral Highway to Laos, Cambodia and Vietnam. Railways that link India and Myanmar and further to Thailand, Laos, Singapore, Cambodia, Vietnam and Bangladesh are all in the realm of possibility.

A network of land ports and integrated check posts are being built along our land borders to upgrade the cargo transhipment and passenger transit experience.

Air connectivity has also improved. Direct flight connections between Guwahati and Bangkok and Guwahati and Dhaka have been initiated. A Chennai Jaffna passenger air link has been launched, he said.

“More people are moving around the neighbourhood than ever before. More than a million Bangladeshis - more than from any other country - visit India annually. Our missions in Sri Lanka and Yangon report an increasing trend of visas being issued. Travel between India and Maldives now no longer requires visas,” Shringla said