US Defence Secretary Lloyd Austin to ignore CAATSA on India 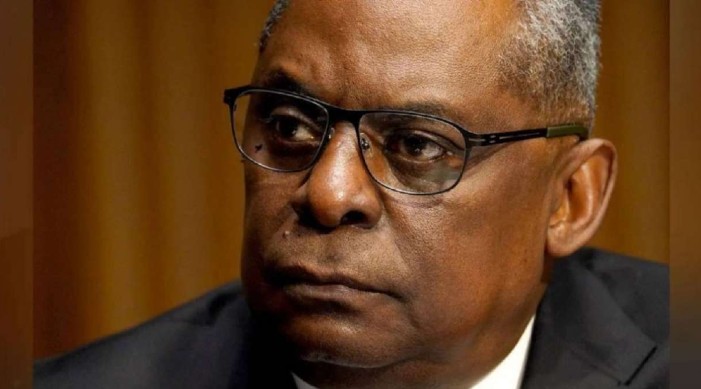 The first ever leader’s summit of the four nation quadrilateral framework on 12th March, has cleared the ground work for furthering deeper defence cooperation during the visit of US Defence Secretary General Lloyd Austin to New Delhi, the first highest level US official visit from the Biden Administration.

His three-day India tour from 19th to 21st March, on the last leg of his three nation tour to Japan, South Korea and India will reassert the previous Trump administration policy of Indo-Pacific and is expected to carry forward the agenda of countering the Chinese expansionist designs in the Indo-Pacific region.

However, on the eve of the visit there is widespread speculation in strategic circles whether the US Defence secretary will press India to cancel the S-400 anti-missile system deal with Russia.

This question has resurfaced in view of the US action of the last week of forcing Turkey to cancel the US$ 1.5 billion attack helicopter deal to Pakistan, which uses American engine. The US has punished Turkey because of its S-400 missile deal with Russia, on which CAATSA (Countering American Adversaries Through Sanctions Act) provisions have been applied.

Since, India has also signed a US $ 5.5 billion S-400 anti-missile deal with Russia, the delivery of which will begin from the end of this year, discordant voices are being heard from various quarters in US strategic circles, that CAATSA provisions should also apply on India, because of multi-billion dollar defence deal with Russia.

However, sources in US strategic circles in New Delhi are asserting that the Biden administration will not go far to pressurise India to cancel the Russia S-400 deal, considering the strong defence bonds that have developed over the last five decades between India and Russia.

The US is also aware that CAATSA has no international legitimacy and pushing India to wall to kowtow to its illegitimate demands will have a negative effect.

The S-400 missile deal is on the verge of execution, and India would take every risk to save the S-400 deal, which is of vital strategic significance for India, which aims to protect its capital and other mega cities from Chinese or Pakistani long range missiles.

At a time when the US has extended all hands of support to India to effectively challenge the Chinese aggression on the Ladakh borders, the new US administration would have to close its eyes on the India Russia S-400 deal.

Strategic observers opine that the Biden administration would avoid putting cold waters on the warmth that has been created by the 12th March, Quadrilateral framework summit, in which Indian Prime Minister Narendra Modi, enthusiastically participated. US analysts point out that, though CAATSA has been in force since the days of the Trump regime and US officials have already extensively discussed the S-400 issue with India, the new administration would not like to repeat the same. They have received a firm response from Indian officials that in view of strong strategic partnership with Russia and India’s over dependence on Russian military systems, India cannot revoke the S-400 deal.

The Biden administration is already aware of the Indian government’s irrevocable stand and will not further pressure India to cancel the deal to avoid CAATSA related sanctions, which will be at the cost of creating fissures in the evolving Indo-Pacific construct of four nation framework.

During the last one and half decades, India has acquired over US$ 22 billion worth of modern weapons systems and platforms from US companies and much more mega deals are in pipelines. India cannot decouple its defence ties with Russia to accommodate the United States. The Indian Prime Minister has already delineated his vision of ‘Vasudhaiv Kutumbkam’, i.e. the world is one family, which is inclusive not exclusive. India is joining the four-nation grouping to further the cause of peace and stability in the Indo-Pacific region. And if any nation challenges this idea, India would be ready to collaborate with other partner countries in the Quadrilateral framework.

(Author is a senior journalist with expertise in diplomatic and strategic affairs; views expressed are his personal)