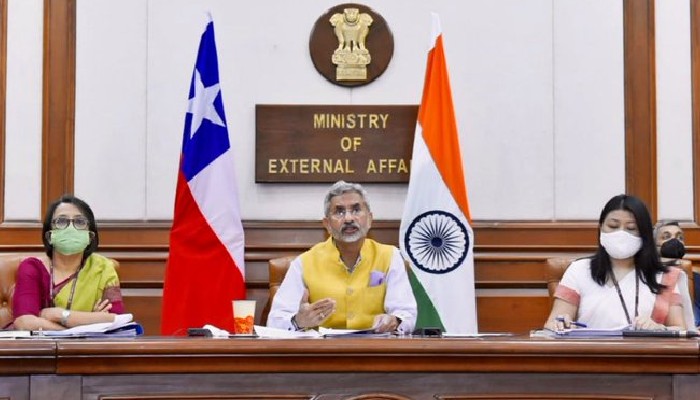 India managed the largest repatriation exercise in the history of the world with support from partner countries, said Jaishankar

Taking care of overseas Indians’ interest during the Covid-19 triggered situation, a total of 45,82,043 people from 98 countries have been repatriated to India under the Vande Bharat Mission initiative. The vast majority came through flights, though there were also some who came by ship and across land crossings, External Affairs Minister S Jaishankar told the Lok Sabha on Monday.

The UAE was the country from where the maximum number of stranded Indians returned, followed by Saudi Arabia, the US and Qatar. 39% of the returnees were workers, 39% were professionals, 6% students, 8% visitors and 4.7% stranded tourists, the EAM said.

“While organizing the return home, the government also focused on ensuring that our people were provided the necessary amenities in foreign countries. This applied to those awaiting repatriation as well as those who stayed behind. It involved a vast range of activities that were coordinated by our embassies and high commissions,” Jaishankar told the House, adding they included providing food, shelter and transportation to supplying masks, PPEs, medical support and even facilitating hospital stays.

“It involved intense and continuous interactions with foreign governments, proactive and responsive measures by our Embassy staff and close coordination with community organizations abroad,” he said.

For this, an amount of Rs 33.5 crore was sourced from the Indian Community Welfare Fund. EAM Jaishankar said India also facilitated the return from India of more than 1.1 lakh foreign passport holders to 120 countries. Many of them were PIOs and NRIs.

With regard to air bubbles arrangement, he said, “the focus of our efforts in the last few months has now shifted to Indians going back to their usual places of work, study and domicile. To that end, our Government has concluded air transport bubbles that are temporary reciprocal arrangements for commercial passenger services until the resumption of regular international flights. Such arrangements have been concluded with 27 nations so far.”

“The Air India group alone has operated more than 9500 flights, taking 10.9 lakh passengers aboard. The largest numbers, not surprisingly, have gone to the Gulf. During the pandemic, our Prime Minister had declared that the Government would take care of both lives and livelihood. This guidance has been the basis for the activities of our diplomacy abroad,” he said.