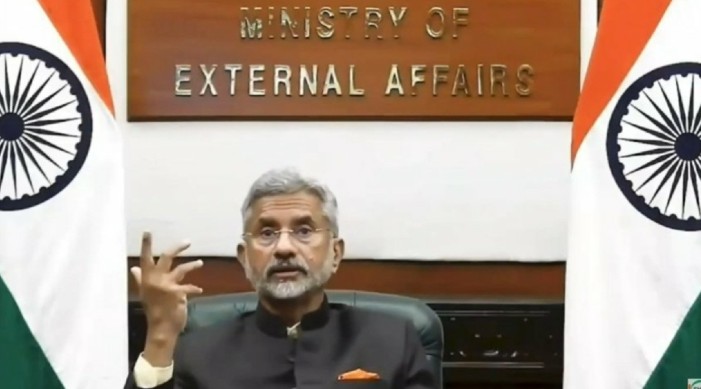 External Affairs Minister S Jaishankar made a detailed statement in the Lok Sabha on Monday.

The focus has now shifted to Indians going back to their places of work, he said

Noting that the Gulf has remained the focal point of endeavors by the government including efforts to renew the livelihoods of Indians abroad, External Affairs Minister S Jaishankar on Monday expressed hope that governments in the Gulf would be helpful in facilitating the early return of many who were compelled to go back because of the pandemic.

“Just as the Government has led the way for an economic recovery at home, we are also similarly untiring in our efforts to help renew livelihoods of our people abroad. The air travel arrangements are a necessary enabling measure. But beyond that, we have been active in urging our partner governments to look sympathetically at the employment of our citizens as they chart their own recovery pathway,” Jaishankar told the Lok Sabha in a statement.

Recounting the success of the Vande Bharat Mission to repatriate Indians stuck in other countries due to COVID-19 travel restrictions, the External Affairs Minister said 45,82,043 people from 98 countries had returned to India. The government also facilitated the return from India of over 1.1 lakh foreign passport holders to 120 countries, he added.

“The focus of our efforts in the last few months has now shifted to Indians going back to their usual places of work, study and domicile,” Jaishankar informed the Lok Sabha.

To that end, the Government has concluded air transport bubbles that are temporary reciprocal arrangements for commercial passenger services until the resumption of regular international flights, said the Minister. Such arrangements have been concluded with 27 nations so far, he said.

“The Gulf has been the focal point of our endeavours, though this is a global effort on our part,” he added.

He recounted that in the recent months, Prime Minister Narendra Modi had engaged the leaders of Saudi Arabia, UAE, Qatar and Oman. Under the Prime Minister’s directions, he had traveled even during the COVID period to UAE, Qatar, Bahrain and Oman to discuss with the governments there the welfare of our people, Jaishankar added.

“During our visits to the Gulf, we have interacted with both the representative community organizations and the partner governments,” the Minister informed. From the community, the overall picture was that our people were well taken care of during the pandemic by the host authorities, he said.

He noted that on the basis of recent interactions, there was reason to expect that partner governments in the Gulf would be helpful in facilitating the early return of many who were compelled to go back because of the pandemic.

The Government was fully cognizant of the employment concerns that our people abroad have in the context of the COVID pandemic, he said.

Noting that, especially in the Gulf, there has been tremendous economic and social disruption that has impacted them, the External Affairs Minister said, “We have softened it somewhat but real challenges are there to be addressed”.

He underlined that from the very beginning, the Modi Government had been deeply committed to the welfare and protection of Indians abroad adding that the government equally values and nurtures the relationship with PIOs.

“The COVID pandemic was a test of our commitment on this matter, as on so many others,” the Minister said.