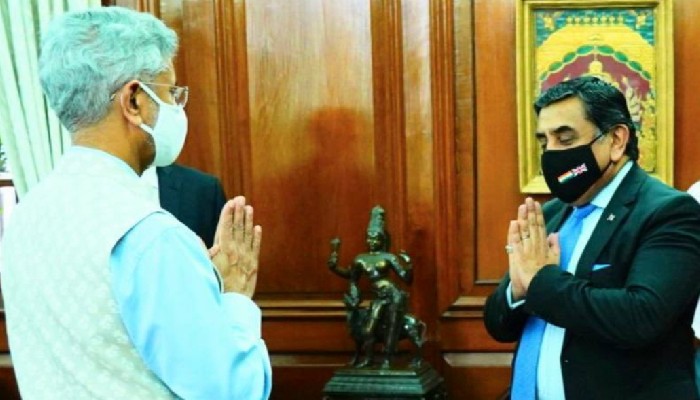 The Ministry of External Affairs described his meeting with Foreign Secretary Shringla on issues of bilateral and multilateral cooperation as "comprehensive".

India and the UK were working together to develop a 10-year roadmap which will shape an ambitious trajectory for the future of our invaluable relationship, the UK Minister said after meeting EAM Jaishankar.

Earlier in the day, Lord Ahmad had tweeted that he was delighted to be back in India, "one of the UK's closest friends and a vital partner", and looked forward to meeting Ministers across the government.

"Delighted to be back in India, one of the UK’s closest friends & a vital partner in tackling the key issues facing the world, including #climatechange. A busy week ahead covering climate, business links & more. I look forward to meeting with Ministers across Government," the UK Minister had tweeted.