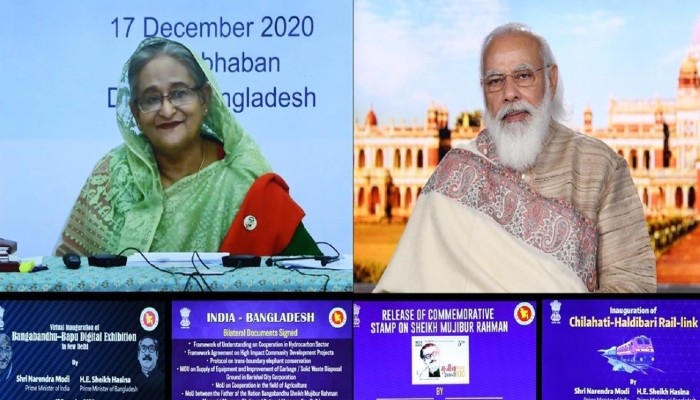 Bangladesh is eyeing stronger relations with the world by celebrating 50 years of independence in the presence of global leaders. Leaders of five SAARC nations, including Indian Prime Minister Narendra Modi will attend Dhaka’s 10-day state celebration beginning from March 17.

Bangladesh is set to wear a festive look ahead of the special program marking 50 years of independence and the birth centenary of Father of the Nation Bangabandhu Sheikh Mujibur Rahman. The event will begin on March 17 at the Parade Ground in the country’s capital Dhaka.

Indian Prime Minister Narendra Modi will be in Bangladesh on March 26-27 to take part in the celebrations.

Sharing details on preparations for the celebrations, Bangladesh Foreign Minister AK Abdul Momen said President of Maldives Ibrahim Mohamed Solih will arrive for a two-day visit on March 17 and will attend the celebrations at Parade Ground in Dhaka, a United News of Bangladesh report said.

Prime Minister of Sri Lanka Mahinda Rajapaksa will arrive in Dhaka on March 19 to join the celebrations, while the President of Nepal Bidhya Devi Bhandari will be here on March 22, Momen noted.

Prime Minister Modi will visit places outside Dhaka though the other South Asian leaders will have engagements in Dhaka only, he informed. The Indian Prime Minister will visit Bangabandhu Memorial in Tungipara to pay respect to the Father of the Nation, Sheikh Mujibur Rahman, the Minister stated.

According to the Foreign Minister, Chinese President, Xi Jinping will send a video message marking the celebrations and a counselor may come with the message.

Bangladesh President Abdul Hamid will attend the programmes on 17, 22 and 26 March, while Prime Minister Sheikh Hasina will grace the occasion on 17, 19, 22, 24 and 26 March, added the Minister.