‘Deeply concerned with recent developments, loss of lives in Myanmar’: India at UNHRC 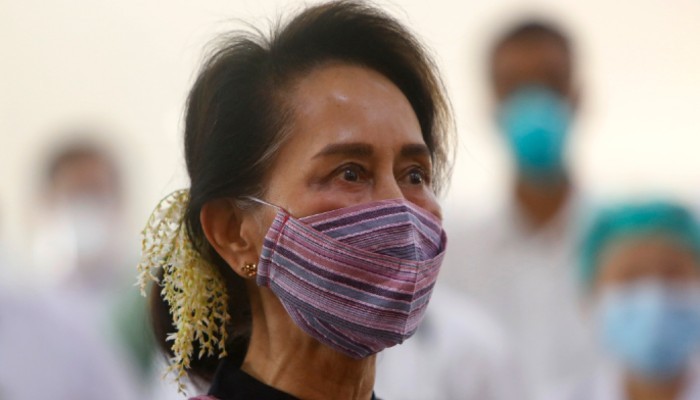 Expressing its deep concern over recent developments including the loss of lives in Myanmar, India told a session of the UN Human Rights Council on Thursday that it will remain engaged with like-minded countries to meet the hopes and aspirations of the people of Myanmar.

“The safety and well being of the people of Myanmar remains our priority. We urge maximum restraint in a difficult and volatile situation. We strongly believe that the rule of law and democratic process must be upheld,” India said in a statement at the Interactive dialogue with Special Rapporteur on the situation of human rights in Myanmar.

India expressed the hope that there would be no further loss of life and that calm would prevail.

As a close friend and neighbor of Myanmar and its people, India will continue to closely monitor the situation and remain engaged with like-minded countries to meet the hopes and aspiration of the people of the country, India’s statement that came during the ongoing 46th Session of Human Rights Council said.

Myanmar's military had ousted the elected government of civilian leader Aung San Suu Kyi on February 1, sparking off pro-democracy protests in the country. A number of protesters have lost their lives during firing by the security forces.

While holding the safety and well being of the people of Myanmar as its priority, India urged maximum restraint in a difficult and volatile situation. As per the statement India said that we strongly believe that the rule of law and democratic process must be upheld.

As a large democracy and neighbor of Myanmar, we have remained heavily invested in the process of democratic transition in Myanmar for it to emerge as a stable democratic federal union, it further added.

Noting that India’s developmental and humanitarian efforts in Myanmar have been aimed at the socio-economic development of the country, the statement said, "We need to continue with these efforts in the interest of the people of Myanmar. We feel that people on the ground should not suffer".

The statement referred to the recent informal ASEAN Ministerial Meeting which called on the parties concerned to seek a peaceful solution through constructive dialogue and practical reconciliation in the interests of the people and their livelihood.

India said that the international community must work together and lend its meaningful support at this critical juncture, so that the people of Myanmar do not support.