Defence items from India exported to more than 84 countries: MoD 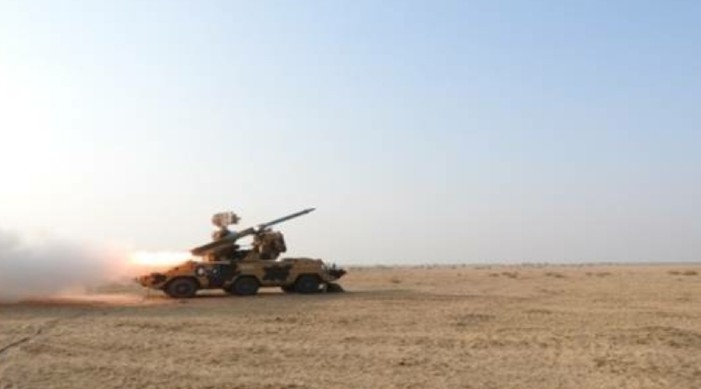 Living up to the ‘Make-in-India for the world’ agenda announced by Prime Minister Narendra Modi, Indian-made defence equipment have been exported to more than 84 countries.

Minister of State for Defence Shripad Naik provided the information in a written reply to a question in Lok Sabha on Wednesday.

“Export leads, interest for Indian Defence equipment from small components to major defences platforms are being received from all over the world including Asian, European, North American, African, Latin American and SAARC countries,” Naik said.

He highlighted that several reforms and steps have been taken to boost defence exports in the last 6 years.

The steps mentioned by the Union Minister include the modification and placement of a Standard Operating Procedure (SOP) for the export of munitions list items; permitting legitimate export of the parts and components of small arms and body armour for civil use after prior consultation with Ministry of External Affairs.

According to the Minister, a completely end-to-end online portal for receiving and processing export authorisation permission has been developed. The applications submitted on this portal are digitally signed and the authorizations are also issued digitally, at faster pace, he added.

He also informed that, powers have been delegated to DRDO, DGOF, and CMD’s of DPSUs for exploring export opportunities and participation in global tenders. Validity of Export Authorization has been increased from 2 years to date of completion of order/component whichever is later, he further stated.

A new provision for re-exporting parts and components for undertaking repair or rework to provide replacement for a component under warranty obligation is inserted in the SOP as a sub-classification of repeat orders, the Minister confirmed.

The Government has notified the Open General Export License (OGEL) - a one time export license, which permits the industry to export specified items to specified destinations, enumerated in the OGEL, without seeking export authorisation during the validity of the OGEL, the Minister pointed out.

The written reply of the Minister also mentioned a scheme to provide financial support to Defence Attaches for taking up actions for promoting exports of Indian made defence products both of public and private sector in the countries to which they are attached has been notified.

A separate Cell has been formed in the Department of Defence Production to co-ordinate and follow up on export related action including enquiries received from various countries and facilitate private sector and public sector companies for export promotion, the written reply said.