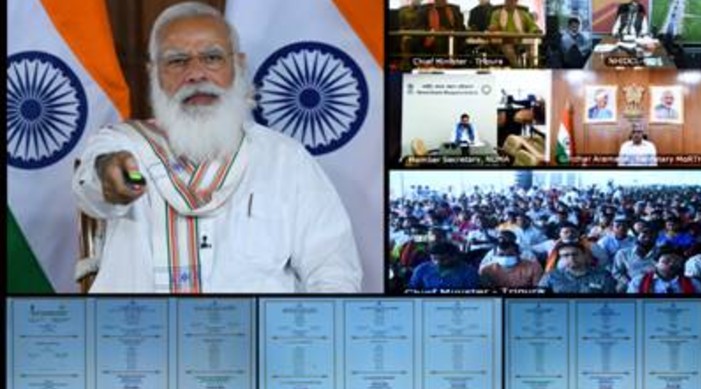 The Prime Minister emphasized that the rail and water connectivity projects that have been realized in the recent years have been strengthened by this bridge.

“This will improve connectivity of South Assam, Mizoram and Manipur along with Tripura with Bangladesh and South-East Asia,” the Prime Minister said while inaugurating ‘Maitri Setu’ through video conference.

He said that the bridge will give an impetus to the economic opportunity in Bangladesh also.

Dwelling on connectivity, he said now people will not have to depend only on the road for any kind of supply to the North-East. “Efforts are underway to connect Chittagong port of Bangladesh with North-East through an alternative route via the river. The ICP in Sabroom will work like a full-fledged logistic hub with warehouses and container trans-shipment facilities,” the Prime Minister said.

On this occasion, he also informed that the entire region is being developed as a trade corridor between Northeast India and Bangladesh.