At UNSC, India calls for full and equal partnership of women in peace and development 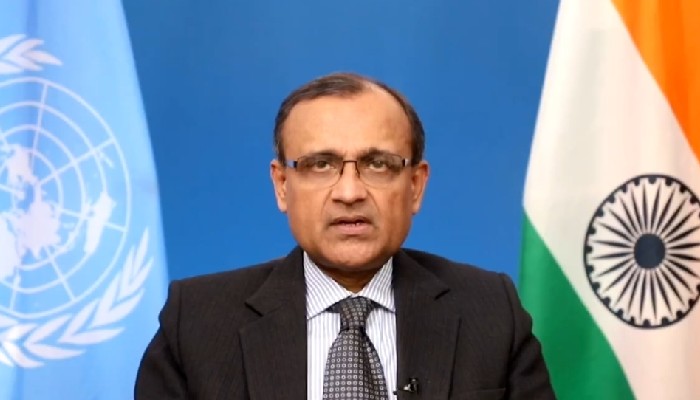 India believes that the full and equal partnership of women in peace and development is the foundation of a peaceful, equitable and sustainable world, India’s Permanent Representative to UN TS Tirumurti told the UN Security Council (UNSC) on Monday.

“India remains committed to working towards the meaningful participation of women in all areas of human activity and decision-making,” UNPR Ambassador Tirumurti said while speaking at UNSC Arria Formula Meeting ‘Leading by Example: Ensuring the Full, Equal and Meaningful Participation of Women in UN-led Peace Processes’.

Tirumurti noted that India has become an active participant in the deliberations on issues focusing on women empowerment and gender mainstreaming at the UN.

India welcomes the recently launched ‘Uniformed Gender Parity Strategy’ and sees it as a collective commitment towards implementing A4P in peacekeeping, he added.

Tirumurti informed that the country has already deployed a Female Engagement team at the Democratic Republic of Congo.

It is committed to increase the numbers of women peacekeepers, the Indian Permanent Representative to the UN promised, he said.

India’s Prime Minister has joined the ‘circle of leadership’ on prevention of and response to sexual exploitation and abuse in United Nations operations, India’s envoy to the UN further stated.

He recalled that Major Suman Gawani, an Indian woman peacekeeper deployed earlier in UNMISS, was awarded the UN Military General Advocate for the year 2019.

In 2007, India created history by deploying the first ever all-female Formed Police Unit for UN peacekeeping in Liberia.

Tirumurti also pointed out that women were at the forefront of India’s freedom struggle.

"At the UN we have just celebrated today the life of Dr. Hansa Mehta through a memorial lecture in her name," Tirumurti mentioned.

He highlighted that India’s Vijayalakshmi Pandit was the first woman president of the United Nations General Assembly (UNGA). India had a woman Prime Minister long before most countries had one, he added.