The second edition of the joint India-Uzbekistan military exercise Dustlik-II will be held in India from March 10 to 19.

According to the Indian Army, this engagement will enhance military cooperation between the two countries. 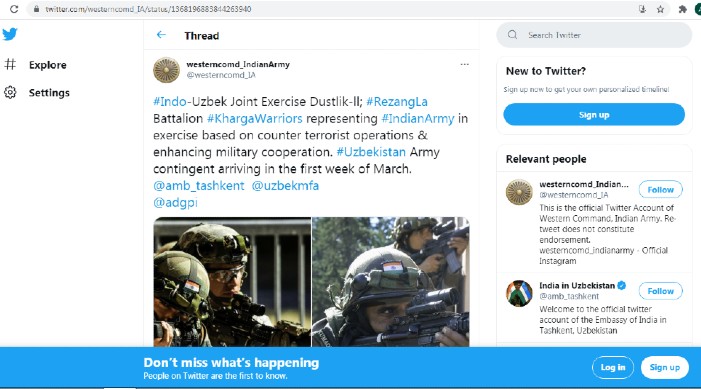 While a 45-member Uzbek contingent will be taking part in the exercise, the Kharga Warriors - personnel of the Indian Army's 2 Corps, also known as the Kharga Corps - have already commenced pre-exercise training.

The first edition of the exercise, Dustlik-I was held in Uzbekistan, near Tashkent, from November 3-13, 2019.

Defence Minister Rajnath Singh had flagged off the exercise along with his Uzbek counterpart, Major General Bakhodir Kurbanov. The joint exercise focused on counter-insurgency and counter-terrorism operations in urban settings.