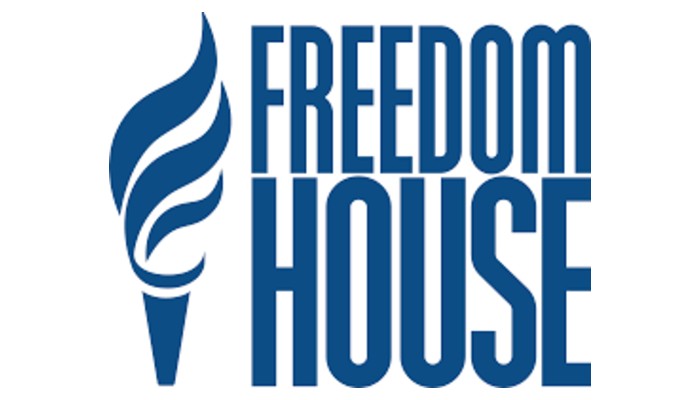 Terming Freedom House report titled “Democracy Under Siege” as misleading, incorrect and misplaced, India on Friday slammed the US-based non-profit non-governmental organization for its claim that India’s status as a free country has declined to “partly free.”

Rebutting this charge of Freedom House, the Ministry of Information and Broadcasting said many states in India under its federal structure are ruled by parties other than the one at the national level, through an election process which is free and fair and which is conducted by an independent election body.

“This reflects the working of a vibrant democracy, which gives space to those who hold varying views,” the Ministry said, rebutting point by point the US-based organization’s charges.

In response to its accusation on discriminatory policies against Muslims in India and North East Delhi riots, the Ministry said the Government of India treats all its citizens with equality as enshrined under the Constitution of the country and all laws are applied without discrimination.Due process of law is followed in matters relating to law and order,irrespective of the identity of the alleged instigator. With specific reference to the North East Delhi riots in January 2019, the law enforcement machinery acted swiftly in an impartial and fair manner. Proportionate and appropriate actions were taken to control the situation. Necessary legal and preventive actions were taken by the law enforcement machinery on all complaints/calls received, as per law and procedures.

Responding to accusation on the use of sedition law, the Ministry said ‘PublicOrder’ and ‘Police’ are State subjects under India’s federal structure of governance. The responsibility of maintaining law and order, including investigation, registration and prosecution of crimes, protection of life and property, etc., rests primarily with the concerned State governments. Therefore, measures as deemed fit are taken by law enforcement authorities to preserve public order.

On the issue of the Government response to COVID-19 through Lockdown, the Ministry said between March 16 to 23, most State governments/Union Territories resorted to partial or full Lockdown in their respective State/ Union Territory based on their assessment of the COVID-19 situation. Any mass movement of people would have spread the disease rapidly throughout the country.

Taking into consideration these facts, the global experience and need for consistency in the approach and implementation of various containment measures across the country, a nationwide lockdown was announced. The government was fully conscious that during the period of an inevitable Lockdown, people should not face undue distress. Aware of this, the government took various measures to address the situation such as; (1) Government of India allowed State governments to utilize State Disaster Response Fund (SDRF) for purpose of providing food, healthcare, shelter to homeless persons and migrant workers (2) the Government allowed the engagement of migrant workers in various activities outside containment zones which would allow them a livelihood (3) the Government also announced a relief package of Rs. 1.7 lakh crore which also covered migrant workers (3) the Government launched a mission to boost employment and livelihood opportunities for migrant workers returning to their villages

(4) approximately 80 crore beneficiaries were provided 5kg wheat or rice, 1 kg pulses free of cost every month till November 2020 under the National Food Security Act (NFSA) (5) daily wages under the Mahatma Gandhi National Rural Employment Guarantee Act (MGNREGA) were enhanced which also covered returning migrant workers. The Lockdown period allowed the Government to ramp up production capacity of masks, ventilators, Personal Protection Equipment (PPE) kits etc. and thereby effectively prevent the spread of the pandemic. India has, on a per capita basis, registered one of the lowest rates of active COVID-19 cases and COVID-19 related deaths globally.

On intimidation of academics and journalists and crackdown on expressions of dissent by the media, the Ministry of Information and Broadcasting said the Indian Constitution provides for freedom of expression under Article 19. Discussion, debate and dissent is part of Indian democracy. The Government of India attaches highest importance to the safety and security of all residents of the country, including journalists. The Government of India has issued a special advisory to States and Union Territories on safety of journalists requesting them to strictly enforce the law to ensure safety and security of media persons.

On the US think tank's charges on internet shutdowns, the Ministry said temporary suspension of the telecom services, including internet, are governed under the provisions of the Temporary Suspension of Telecom Services (Public Emergency or Public Safety) Rules, 2017, which are issued under the provisions of the Indian Telegraph Act, 185. These temporary suspensions need authorization of the Secretary to the Government of India, in the Ministry of Home Affairs, in the case of the Central Government; or of the Secretary, in-charge of the Home Department, in the case of a State Government. Moreover, any such orders are reviewed by the Review Committee, constituted in the Central or State Government, under the chair of Cabinet Secretary of Government of India or Chief Secretary of the concerned State, respectively, within a specified time period. Hence, the temporary suspension of telecom/internet services is resorted to with the overarching objective of maintaining law and order under strict safeguards.

The FCRA amendment leading to freezing of Amnesty International’s assets has led to decline in ranking–Amnesty International had received permission under the FCRA Act only once and that too 20 years ago (19.12.2000). Since then Amnesty International, despite its repeated applications, has been denied FCRA approval by successive governments since as per law it is not eligible to get such an approval. However, in order to circumvent the FCRA regulations, Amnesty U.K. remitted large amounts of money to four entities registered in India, by misclassifying the remittance as Foreign Direct Investment (FDI). A significant amount of foreign money was also remitted to Amnesty India without MHA’s approval under FCRA. This malafide rerouting of money was in contravention of extant legal provisions. Owing to these illegal practices of Amnesty, the previous government had also rejected the repeated applications of Amnesty to receive funds from overseas. This had led Amnesty to suspend its operations once during that period as well.

Punjab farmers not blamed over issue of bonded laborers in border villages: MHA

The British daily’s report on assembly elections in West Bengal is substantially one sided, whereas journalism demands fair play of objectivity