ISRO’s PSLVC51 to launch Brazil’s Amazonia-1, 18 other satellites on Feb 28 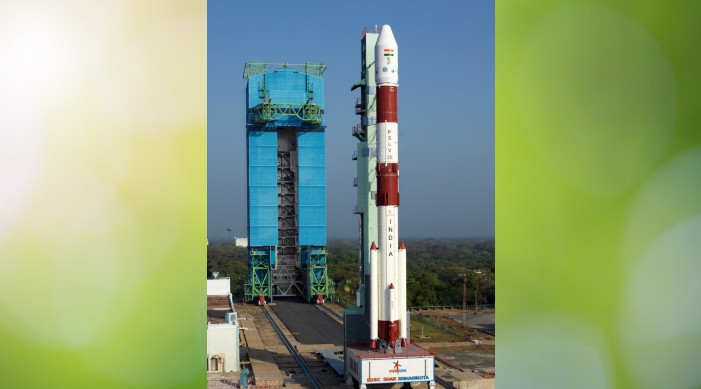 The PSLV-C51 during a launch rehearsal on Thursday. (Source: Twitter @isro)

PSLV-C51 is the first dedicated commercial mission by NewSpace India Limited (NSIL), a Government of India company under the Department of Space.

“The launch rehearsal of PSLVC51 was completed today. Launch of Amazonia-1 and 18 Co-passenger satellites on board PSLVC51 is scheduled at 1024 hrs IST on February 28, 2021 from first launch pad of Satish Dhawan Space Centre SHAR, Sriharikota,” a statement from the Indian Space Research Organisation (ISRO) said on Thursday.

Media personnel will not be allowed at the launch site due to COVID-19 protocols; the viewing gallery for visitors will also be closed, ISRO said. The launch will, however, be telecast live on ISRO’s social media channels.

A day before the launch rehearsal, ISRO also shared photographs of different stages of the launch vehicle PSLV-C51 being transported.

“Ever wondered how the massive launch vehicle stages are transported? Here's the answer!” the space agency said on Twitter.

PSLV-C51 is India’s first dedicated commercial mission undertaken by the NewSpace India Limited (NSIL), a Government of India company under the Department of Space. The NSIL is undertaking this mission in arrangement with Spaceflight Inc. USA.

Amazonia-1, which took eight years to be developed by Brazil, will be launched by ISRO’s PSLV-C51 along with three private satellites built by Indian startups as secondary payload. The other three privately built Indian satellites are ‘ANAND’ from startup Pixel India, ‘SATISH SAT’ from Space Kids India and ‘UNIT-SAT’ by a consortium of universities.

In a written reply to the Lok Sabha on February 10, Union Minister Jitendra Singh had said that 328 satellites from 33 different countries have been launched by India and the revenue earned till date is 25 million US dollars and 189 million Euros.

Singh had said that Rs 900 crore was allocated to ISRO for the financial year 2020-21 for developing capacity for the launching of satellites.