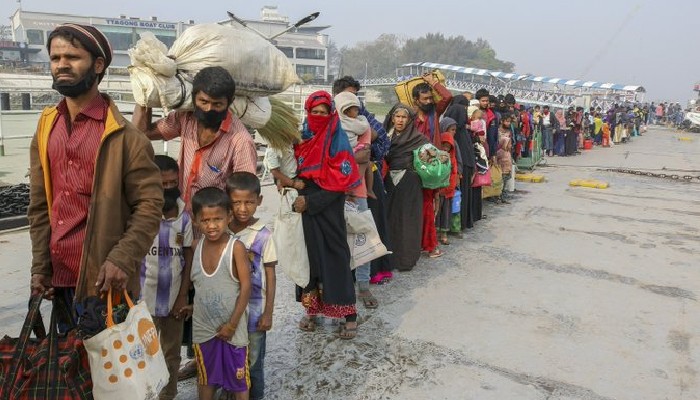 Two weeks back, around 90 Rohingya refugees in search of better lives had started their journey from Bangladesh, but their boat broke down, making it adrift in the sea

The Ministry of External Affairs on Thursday said India is in touch with the Bangladesh government to ensure safe and secure repatriation of Rohingya refugees whose boat had got adrift in the sea, leaving them without food and water for several days.

As soon as India learned of the boat carrying Rohingya refugees drifting into the country’s territorial waters, it immediately provided food, water, and medical assistance to the occupants of the boat, MEA Spokesperson Anurag Srivastava said.

“When we learned of this boat in distress, we immediately dispatched Coast Guard ships to provide food, water and medical assistance to them. Seven of them were also administered IVD fluids. We understand that 47 of the occupants are in position of ID cards issued to them by the UNHCR in Bangladesh,” the MEA Spokesperson said during a weekly press briefing on February 25.

“We are in discussions with the government of Bangladesh to ensure their safe and secure repatriation,” he added.

The engine of the boat failed on February 15 and since then it has been drifting due to severe conditions. The situation called for immediate rescue mounting from UN agencies and humanitarian groups.

Earlier UNHCR maintained that the Indian coast guard found a boat carrying Rohingya refugees adrift in the Andaman Sea and provided them with food, water and medical care.

The Indian coast guard had answered a UN agency's plea to look for the boat carrying Rohingya refugees believed to be adrift in the Andaman Sea without food and water for several days.