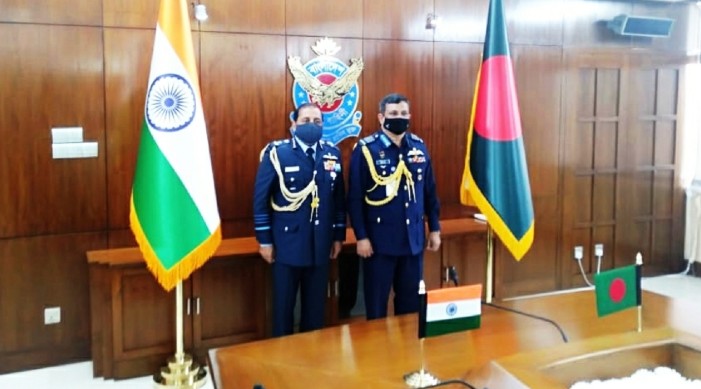 The two expressed satisfaction on the significant progress made in cooperation, the Indian Air Force said

Chief of Air Staff Air Chief Marshal RKS Bhadauria has held a series of meetings with top Bangladesh armed forces officers over the past few days to further strengthen the defense relationship and enhance engagements between the two countries.

The two expressed satisfaction on the significant progress made in cooperation and agreed to further enhance engagements, according to a tweet by the Indian Air Force Media Coordination Centre. 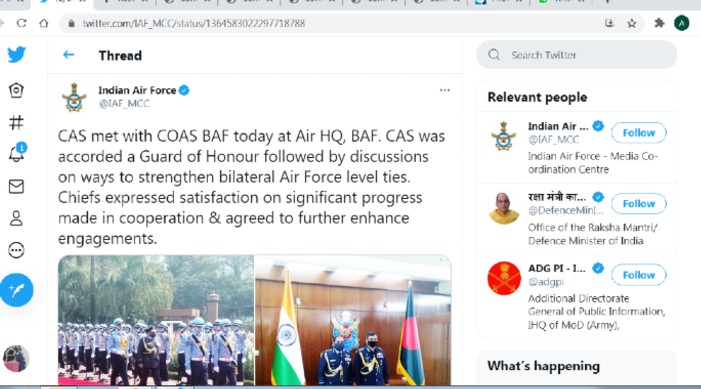 The Indian Chief of Air Staff also met with Bangladeshi Chief of Army Staff General Aziz Ahmed, the IAF MCC said in a separate tweet. Acknowledging the strong bonds of friendships that the armed forces on both sides had forged during and after the 1971 War of Liberation, they discussed ways to further enhance matters of bilateral cooperation. 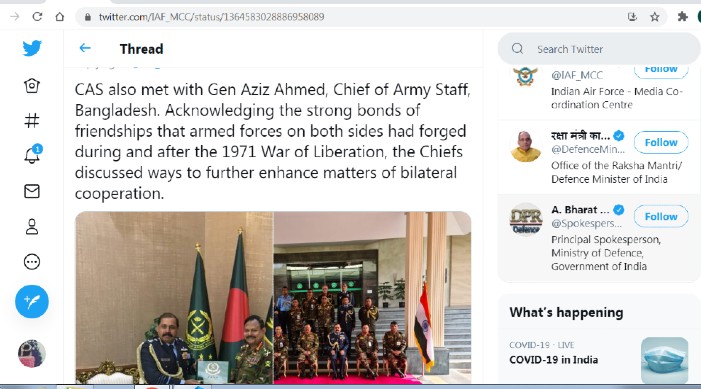 During the visit, Air Chief Marshal Bhadauria was inducted in the 'Mirpur Hall of Fame' at Defence Services Command and Staff College, Bangladesh. He is an alumnus of DSCSC and attended the 18th Air Staff Course at Mirpur in 1997-98. 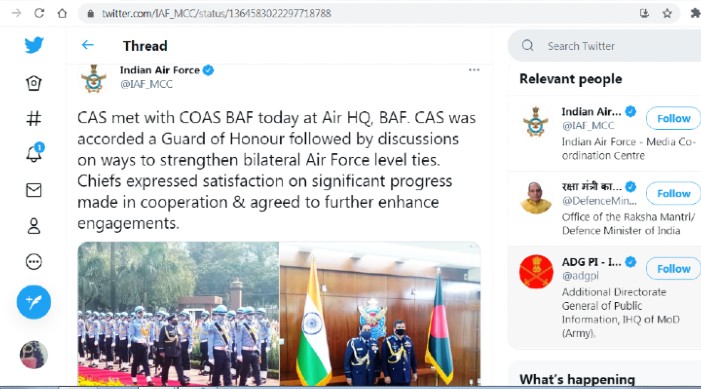 On Tuesday, the Indian Air Chief laid a wreath at 'Shikha Anirban' (the eternal flame) & paid tributes to the braves of Bangladesh Armed Forces who made the supreme sacrifice during the Liberation War of 1971. 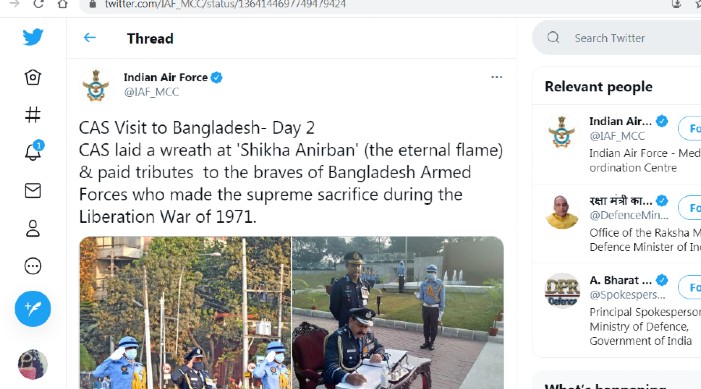 Later on Tuesday, the Indian delegation visited BAF base Zahrul Haque, where they were received by the AOC. The CoAS visited flying units & interacted with BAF aircrew & personnel. He also visited BN Forward Base at St Martin's. 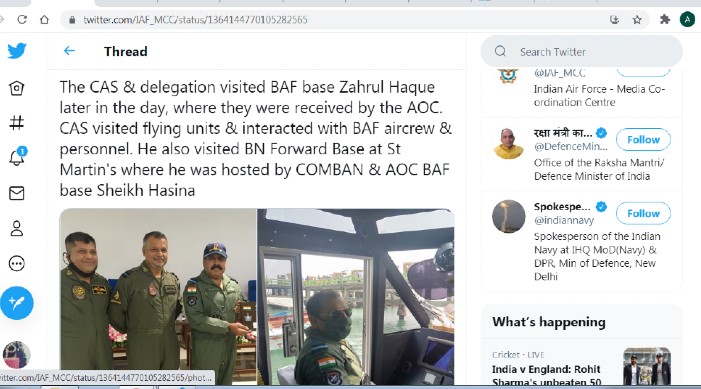