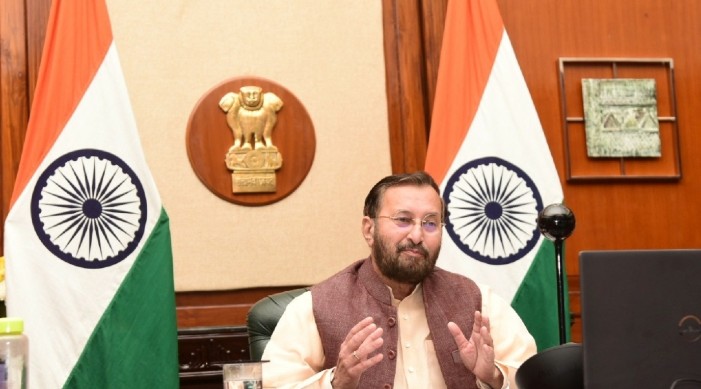 India has taken significant steps to fight climate change and has delivered on its commitments, Union Minister for Environment Forests and Climate Change Prakash Javadekar has said.

In fact, New Delhi is the only G20 nation on track to meet its climate change mitigation commitments, he told the UN Security Council Tuesday.

According to the Minister, India’s mitigation strategies have emphasized on clean and efficient energy systems, safe, smart and sustainable green mass urban transportation network, planned afforestation, and integrating green thinking across all production and consumption sectors.

“India is the only country on track among the G20 nations to meet its climate change mitigation commitments. We are not only meeting our Paris Agreement targets but will also exceed them,” the Minister reckoned.

The Minister informed the UNSC that India currently has the fastest-growing solar energy programme in the world and that the country’s citizens have received expanded access to clean cooking fuel to over 80 million households. This is among the largest clean energy drives globally, he pointed out.

Javadekar recounted that India’s recent commitments of installing 450 GW of renewable energy, elimination of single use plastic, 100% railway electrification, and creation of an additional carbon sink by restoring 26 million hectares of degraded land among other measures have only added to our climate ambitions.

Arguing that India strongly believes that the only way to generate persistent, long-term and positive action in the climate change domain is through partnerships by undertaking collective action to make a lasting and sustainable impact, the Minister gave two such initiatives that India has launched recently.

“The International Solar Alliance (ISA) and the Coalition for Disaster Resilience Infrastructure (CDRI) are two such initiatives by India that have been launched to addressing challenges of climate change and adaptation,” he added.

Cautioning that the idea of climate action should not be to move the climate ambition goal post to 2050, Javadekar said it is important for countries to fulfill their pre-2020 commitments. He called for Climate Action needs to go hand-in hand with the framework for financial, technical and capacity building support to countries that need it.

The Minister explained that the global community has addressed the issue of climate change through various mechanisms, central to which the United Nations Framework Convention on Climate Change (UNFCCC) and the Paris Agreement negotiated under the Framework.

“Together they represent a delicately balanced global democratic effort to take climate action in a nationally determined manner based on certain fundamental agreed principles, the foremost amongst which is ‘Common but Differentiated Responsibility and Respective Capabilities’ and which must underlie all future discussions on climate change,” the Minister submitted.