Much work needs to be done on disarmament: FS Shringla 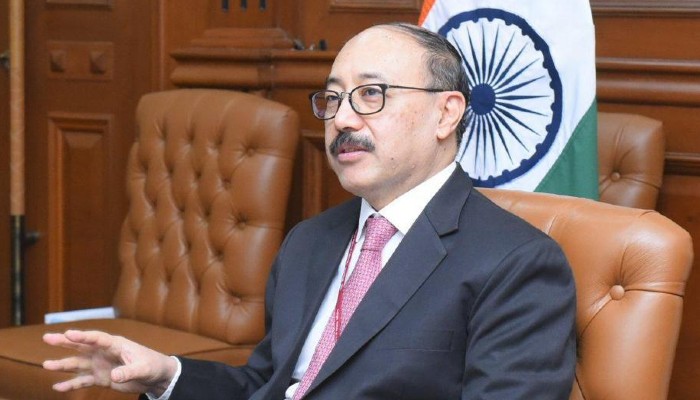 Foreign Secretary Harsh Vardhan Shringla on Monday said though India has welcomed the extension of the New START Treaty between Russia and the US, yet “much work needs to be done by us in the Conference on Disarmament (CD).”

“We need to rise above our differences, and demonstrate political will and genuine intent to find consensus to deliver on our collective mandate. Those resorting to politicization only weaken the mandate of this body,” Foreign Secretary Shringla said while addressing the high-level segment of the Conference on Disarmament through video conferencing.

He said India advocates a comprehensive and balanced programme of work to enable the Conference to commence negotiations on issues of pressing global importance.

The Foreign Secretary asserted that India is committed to the goal of universal, non-discriminatory and verifiable nuclear disarmament.

“Our call for complete elimination of nuclear weapons through a step-by-step process, as also outlined in our working paper on nuclear disarmament submitted to the CD in 2007 (CD/1816) has an enduring relevance,” Foreign Secretary Shringla said.

India reiterates its call to undertake the steps outlined in the working paper, including negotiation in the CD of a Comprehensive Nuclear Weapons Convention.

India has supported the immediate commencement of negotiations in the CD on a Fissile Material Cutoff Treaty (FMCT) on the basis of CD/1299 and the mandate contained therein, which remains the most suitable basis for negotiations.

“I reaffirm today, India’s readiness to participate in FMCT negotiations in the CD,” the Foreign Secretary said.

“India, as a responsible nuclear weapon State, is committed as per its nuclear doctrine, to maintain credible minimum deterrence with the posture of no-first use and non-use against non-nuclear weapon states,” Shringla affirmed.

Prevention of an Arms Race in Outer Space (PAROS), is another long standing item on the CD’s agenda. The Foreign Secretary said India looks forward to an early start of negotiations of a legally binding instrument on PAROS to address pressing issues relating to space security.

He further said, “In line with the SSOD-1’s emphasis on promoting expertise in disarmament and in empowering our younger generations, India has hosted a fully funded annual disarmament and international security fellowship programme for the last two years to advance disarmament education.”

Inviting members of the Conference on Disarmament to participate in this fellowship programme, he said, “This Conference has been plagued for too long by fear, suspicion and mistrust. As Mahatma Gandhi said, the only cure for fear is faith; for suspicion, sincerity; and for mistrust, trust.”

“This is just what the Conference needs today, to break its long deadlock and make concrete progress. India stands ready to play its role and work with fellow Member States to achieve our collective objectives,” the Foreign Secretary maintained.