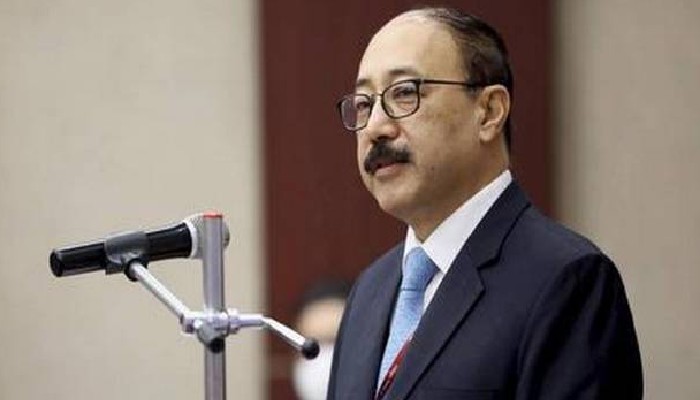 India has established that it is a reliable and responsible stakeholder in global healthcare supply chains, the Foreign Secretary said

Maintaining that India has so far supplied about 230 lakh doses of vaccines to friends and partners across the world, Foreign Secretary Harsh Vardhan Shringla on Monday said the country will produce another 1.1 billion doses of vaccines for the WHO-led COVAX scheme, under which vaccines will be distributed to developing countries.

“India is the largest producer of vaccines in the world with about 60 per cent of the global share. We have used these strengths not just to launch the world’s largest vaccination drive in our country. We have delivered on the Prime Minister’s promise at the UN General Assembly to make Indian manufactured vaccines affordable and accessible to all of humanity,” Foreign Secretary Shringla said in his lecture on ‘Expectation from India in the Emerging World Order Post Covid-19’ at Haryana Institute of Public Administration.

Stating that Vaccine Maitri is not an isolated undertaking, he said this initiative has been taken in the aftermath of another large operation to provide essential medicines and medical supplies to over 150 countries during the pandemic.

“India has established its credentials as the pharmacy to the world during the crisis. Medications such as Hydroxychloroquine and Paracetmol made in India were shipped to destinations across the world in daunting logistical circumstances imposed by lockdowns. Indian rapid response teams were deployed in 8 countries. Indian naval vessels and air force airplanes delivered supplies along a wide arc to friends and partners,” the Foreign Secretary said.

“We have also established that we are reliable and responsible stakeholders in global healthcare supply chains,” the Foreign Secretary added.

He said India’s e-commerce, IT and IT-enabled services industries have emerged as powerful global players. “There have been significant investments by global technology majors - US$ 10 billion by Google and US $5 billion by Facebook – in India.”

He added that the JAM trinity - Jan Dhan, Aadhaar and Mobile – pioneered by this government has set the stage for a fintech revolution.

With regard to India’s foreign policy, Shringla said, “The fundamental spatial orientation of our policy remains Neighbourhood First. We have demonstrated our commitment at the highest levels to working in South Asia and in the sub-regional BIMSTEC frameworks. Within South Asia, we have strengthened BBIN initiatives. It may be noted that my first visit after the pandemic was to one of our neighbours and closest friends, Bangladesh. I have since visited Myanmar, Nepal and Maldives.”

“Initiatives such as BIMSTEC link Neighbourhood First to another fundamental pillar of our policies, viz., Act East. We have a growing dialogue with ASEAN through multiple channels,” the Foreign Secretary observed.

He said that in the last five years, Think West – our outreach to the Gulf and West Asian countries – has become an increasingly important pillar of India’s foreign policy.

On India’s approach to Indo-Pacific region, he said India believes in the vision of an open, free, rules-based Indo-Pacific region supported by inclusive global and regional institutions that promote prosperous, stable and sovereign states on the basis of shared interests.

“We continue to build on our relationship with the United States. We continue to have a special strategic partnership with Russia. We have a rapidly growing and changing relationship with the European Union and with European countries such as the United Kingdom, France and Germany. We recently entered into our first Green Strategic Partnership with Denmark. Japan is another vital partner with whom we have a mutli-dimensional relationship,” the Foreign Secretary maintained.

Focusing on multilateralism, he said, “We are committed multilateralists. We are committed to a rules based international order. India is currently in the UN Security Council for a non-permanent tenure. We are also the BRICS chair. We have been invited to the forthcoming G7 summit in England later this year. We will also chair the G20 in 2023. We remain active in other multilateral and plurilateral formats such as SCO and RIC.”

“Our Development Partnership Administration has a global presence deploying around US$ 31 billion in lines of credit and US$ 8 billion in grants. More than 80,000 foreigners have been trained by the Government of India in Indian institutions,” the FS said.