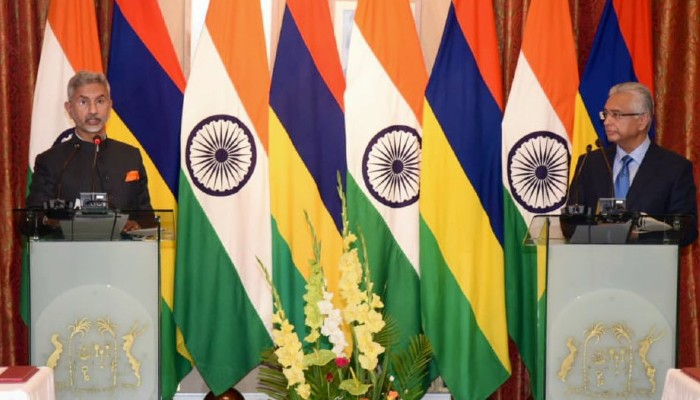 India has also signed a free trade agreement with Mauritius, its first with any African country

India has extended a $100 million line of credit to fund purchases of defence equipment to Mauritius on Monday.

"SAGAR policy reaffirmed. Pleased to witness, along with PM @JugnauthKumar, the exchange of $100 million Defence Line of Credit. Will facilitate procurement of defence assets, guided by the needs of Mauritius," Jaishankar tweeted.


SAGAR policy reaffirmed.
Pleased to witness, along with PM @JugnauthKumar, the exchange of USD 100 million Defence Line of Credit. Will facilitate procurement of defence assets, guided by the needs of Mauritius. pic.twitter.com/ksdiYDZs7v

“We really reviewed all aspects of the relationship as well as status of implementation of various projects,” the External Affairs Minister said..

Prime Minister Jugnauth said Mauritius and India have a “unique, trusted and enduring relationship” and a “common interest in an open, prosperous and secure Indian Ocean”. Both countries also have converging views on strengthening the rules-based world order and global institutions, including those of the UN, he said.

“India is privileged to have entered into a Comprehensive Economic Cooperation and Partnership Agreement (CECPA) with Mauritius. It will provide a timely boost for the revival of our post-covid economies and also enable Indian investors to use Mauritius as a launch-pad for business expansion into continental Africa helping the prospect of Mauritius emerging as a ‘hub of Africa’,” said Jaishankar as he addressed the media in the presence of Prime Minister Jugnauth.

“The CECPA could also facilitate Indian investment in the services sector in Mauritius, especially in the ICT sector as Indian companies could benefit by leveraging the bilingual prowess of Mauritius for investments in Francophone Africa,” he added.

The agreement will provide concessional access to 310 export items from India, including agricultural products, textiles, base metals, and chemicals, while Mauritius will get preferential market access for 615 products, including frozen fish, fresh fruits, beer, alcoholic drinks, and medical and surgical equipment. It is expected to open up new market opportunities for both sides and provide a framework to explore opportunities on the African continent.

Jaishankar said the CECPA will “provide a timely boost for the revival of our post-Covid economies and enable Indian investors to use Mauritius as a launch-pad for business expansion in Africa”. The goods given preferential access will allow Mauritius to tap into segments of the Indian market that currently account for global imports of $15 billion, he said.

The two sides also exchanged letters on the provision of Dornier aircraft and a Dhruv helicopter by India to step up Mauritius’ maritime monitoring capabilities.

“I am also happy today to see that the agreement which will be providing for a Dornier aircraft and an Advanced Light Helicopter Dhruv on lease to Mauritius on a gratis basis for 2 years, helping shore up its capabilities to patrol and monitor its extensive maritime domain more effectively,” Jaishankar said.