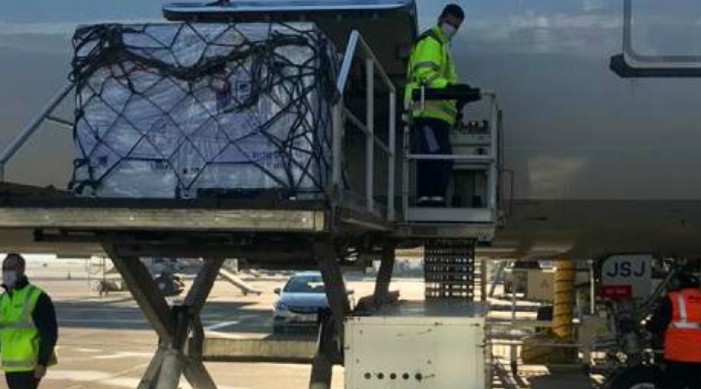 The consignment of vaccines from India arrives in Belgrade, Serbia

As many as 49 more countries will be given COVID19 vaccines in the coming days, External Affairs Minister S Jaishankar said last week

A consignment of Made in India COVID-19 vaccines arrived in Serbia on Sunday as part of India's Vaccine Maitri initiative.

Announcing this on Twitter, External Affairs Minister S Jaishankar said, "Made in India vaccines now arrive in Serbia. Buttressing our bond with Belgrade".

Speaking at the UNSC Open Debate last week, Jaishankar had said that 25 nations across the world have already received Made in India vaccines.

As many as 49 more countries will be supplied in the coming days, ranging from Europe, North America, Latin America, the Caribbean to Africa, South-East Asia and the Pacific Islands, the External Affairs Minister stated.

He had also announced that India would provide 200,000 doses of vaccines for UN peacekeepers, a move that evoked praise and gratitude from UN Secretary General Antonio Guterres.

Jaishankar had pointed out that India had been at the forefront of this global fight against COVID-19 pandemic.

“We had earlier provided critical medicines, diagnostic kits, ventilators and PPEs to more than 150 countries, about 80 of them on a grant basis. Today, the pharmacy of the world is stepping forward to meet the global vaccines challenge,” he said.

Highlighting that under the initiative of Vaccine Maitri, India provides vaccines to the world, he said India is a significant source of supply to the COVAX facility. But in addition, India is also directly sending vaccines to friends and partners.