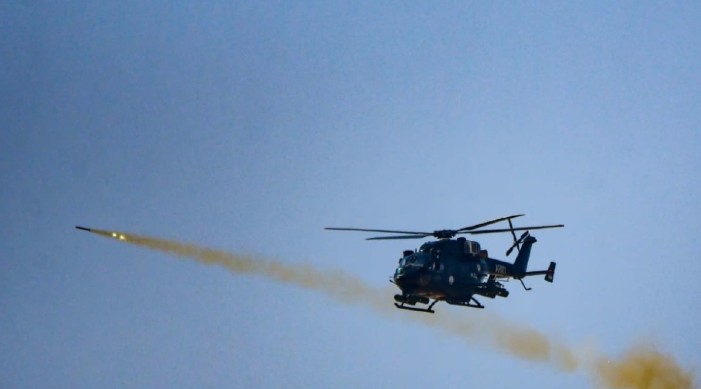 Epitomizing the thriving India-US partnership and defence ties, the Indian and US armies on Saturday concluded a fortnight-long joint military exercise, Yudh Abhyas 20 at the Mahajan Field Firing Range in Rajasthan.

The joint exercise that involved 250 soldiers each from the US and Indian armies is an annual training exercise that provides excellent opportunities for professional and cultural exchanges that strengthen our partnership through shared learning and training.

Yudh Abhyas which is in its 16th edition builds on the enduring Indian-US military partnership and seeking to enhanced combined interoperability capabilities through training and cultural exchange, that foster enduring partnerships in the Indo-Pacific region through common defence objectives.

“Yudh Abhyas has developed into an excellent professional forum advancing Indo-US partnership and tactical readiness that grew with each day as the solders trained together,” the South Western Command of the Indian Army that was overseeing Yudh Abhyas 20 tweeted.

There were two joint exercises that were carried out as part of Yudh Abhyas 20.

First, the command post exercise (CPX) wherein the officers from Indian and US Armies focused upon combined staff work in planning, coordination and execution through a scenario based on UN peacekeeping operations.

It brought together brigade commanders/staff officers from both Indian & US armies, as they jointly planned a simulated peacekeeping mission.

The second was a field training exercise (FTX) that involved company-strength elements from each of the Armies and fundamental war-fighting skills to enhance combined operational capacity. The CPX and FTX ran concurrently.

Besides the two major exercises that the joint forces participated in, amidst challenging dynamic settings the Indian and US army contingents put to test their training under realistic scenarios in counter-terrorism operations, aerial and land based weapons systems of both forces in high operational synergy.

Medics from the two army contingents practiced vital life-saving procedures such as medical evacuation and treatment at point of injury.

Moreover, the contingents from the US and Indian armies shared skills on unarmed combat and handling of each other’s weapons, familiarizing with drills at tactical levels and best practices of each other. They strengthened capabilities for joint operations under UN mandate.