Ahead of FATF decider on Pakistan, India talks tough on terror at UN 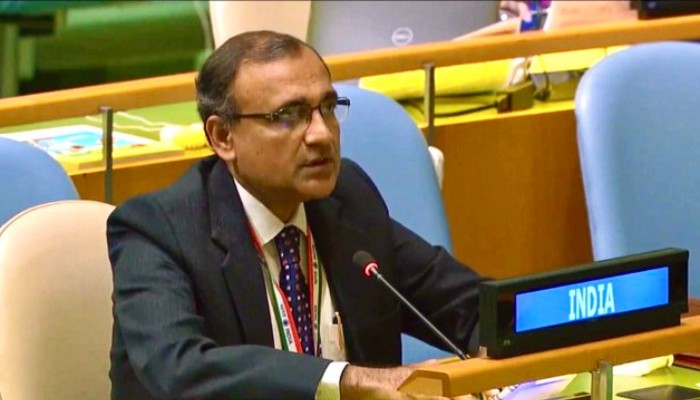 “The scourge of terrorism has emerged as the major source of discrimination in our societies today,” UNPR Tirumurti

Ahead of the Paris-based the Financial Action Task Force’s February 22-25 meeting, where issues related with Pakistan’s terror financing and its ‘grey list’ status will be discussed, India has called upon UN member states and agencies to not give an opportunity to justify terrorism on any ground.

Addressing the ECOSOC meeting on Eliminating Racism, Xenophobia and Discrimination for All in the Decade of Action for the SDG’s on Thursday, Permanent Representative to the UN, T S Tirumurti said state sponsored terrorism targeted against specific communities leads to an increase in discrimination against minorities and their further marginalization.

“The scourge of terrorism has emerged as the major source of discrimination in our societies today. State-sponsored terrorism targeted against specific communities lead to increase in discrimination against minorities and their further marginalization in the society,” Ambassador Tirumurti argued.

Without referring to any country, the Indian Permanent Representative to the UN called upon countries to desist from such terrorist acts while also calling UN member states and agencies to not give an opportunity to justify terrorism on any ground.

India’s Permanent Representative to the UN, Tirumurti’s statement has come amidst Pakistan’s efforts to garner support from member nations to exit from the FATF’s ‘grey list’.

In January, Pakistan’s court sentenced terrorist Zaki-ur-Rehman Lakhwi and Hafiz Sayeed and issued a warrant against Jaish-e-Mohammad Chief, Masood Azhar. However, Azhar is believed to be hiding in a "safe place" in his native town- Bahawalpur.

During the FATF’s plenary meeting in October last year, it concluded that Pakistan will continue to the ‘grey’ list till February 2021 since it had failed to fulfill six key obligations of the watchdog which included failure to take action against two of India’s most wanted terrorists, Mulana Masood Azhar and Hafiz Saeed.

The six outstanding points that Pakistan has yet to meet mostly pertain to terror financing prosecution effective implementation of targeted financial sanctions against UN designated terrorist and federal authorities’ cooperation on enforcement cases.

There will also be a requirement of an FTAF on-site visit, a crucial step to decide on Islamabad’s ‘grey’ list status.