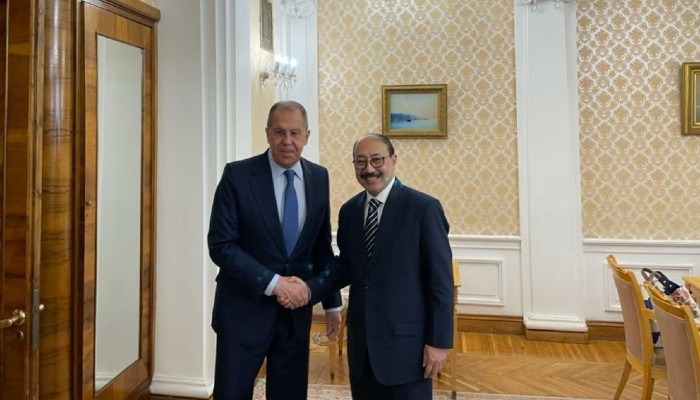 The visit further strengthened the close, strategic, special and privileged partnership between India and Russia

Foreign Secretary Harsh Vardhan Shringla concluded his two-day visit to Russia on Thursday on a note to further strengthen the close and strategic partnership between India and Russia. During his visit, FS Shringla held bilateral talks with high-level leaders in Russia and planned the way ahead.

“The visit has been useful in further strengthening the close, strategic, special and privileged partnership between India and Russia by identifying an intensive plan of action for bilateral relations this year; agreements on new drivers of our strategic relations, including Russia’s keenness to invest in India under the ‘Atmanirbhar’ programme; as well as close coordination on the multilateral front in the context of India’s current tenure as a non-permanent member in the UNSC and the BRICS Presidency,” the Ministry of External Affairs said in a statement.

FS Shringla was on a two-day visit to Moscow from February 17 to February 18.

The visit was preceded by Foreign Office Consultations on UN Security Council (UNSC) matters and policy planning at DG level between the two sides on 15 February in Moscow.

On Thursday, the Foreign Secretary had an in-depth exchange of views with Russian Deputy Foreign Minister Sergey Ryabkov on multilateral issues focused particularly on disarmament and non-proliferation matters.

The Foreign Secretary called on the Russian Foreign Minister Sergey Lavrov on Wednesday and invited him on the behalf of External Affairs Minister S Jaishankar. Lavrov accepted the invitation and expressed his desire to visit India at an early date.

FS Shringla also held a meeting with Deputy Foreign Minister Igor Morgulov and the two leaders reviewed important aspects of bilateral relations and also exchanged views on regional and international issues. Both sides agreed on a roadmap for high-level exchanges this year, including the Annual Bilateral Summit.

During his interaction at the Russian Diplomatic Academy on the first day of his visit, the Foreign Secretary highlighted the importance of the India-Russia partnership in the global context.

The Foreign Secretary also had an enriching exchange of views with experts from prominent Russian think tanks on bilateral as well as topical global issues.