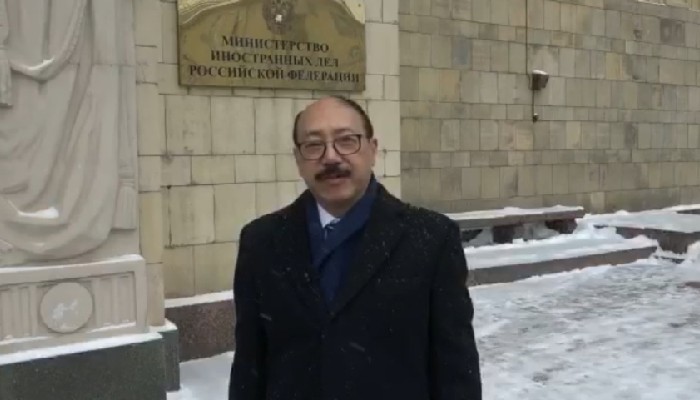 India and Russia on Wednesday discussed regional and international issues including Afghanistan and cooperation in the United Nations Security Council (UNSC) and in the area of COVID-19 vaccines.

Foreign Secretary Harsh Vardhan Shringla who is on a two-day visit to Moscow met with Russian Foreign Minister Sergey Lavrov.

“We spoke about issues like Afghanistan which both countries have very direct interests in and on the whole I think the issue of cooperation in the area of vaccines, global responses to Covid-19 and how India and Russia can work together in partnership to deal with this issue was also discussed,” Foreign Secretary Shringla said in a video message.

Recalling the meeting with Lavrov, Shringla stated that the Russian Foreign Minister emphasized the importance he attached to the special privileged strategic partnership with India.

Shringla extended an invitation to him on behalf of External Affairs Minister S Jaishankar to visit India. The Russian Foreign Minister said that he was looking forward to doing so at the earliest.

“We also spoke about the annual summit and said that President Putin was looking forward to his visit to India at the invitation of Prime Minister Modi and the visit will take place some time on a date to be decided between the two sides,” he informed.

Foreign Secretary Shringla said they also discussed the visit of the Russian Deputy Prime Minister for the meeting of the Inter-governmental Commission with External Affairs Minister Jaishankar. The Chairman of the State Duma is also scheduled to visit India for the Raisina Dialogue, he said. “We are looking at the visits of our own army and naval chiefs,” he added.

There were a large number of such exchanges on the cards for the India-Russia relationship, Shringla pointed out.

Earlier in the day, the Foreign Secretary had a fairly extensive meeting with Deputy Foreign Minister Igor Morgulov and his delegation, covering all areas of bilateral, regional and international interests.

Clearly, there is a lot that is happening in the India-Russia relationship, the Indian Foreign Secretary added.

Noting that this was a “very important relationship” for both the countries, he expressed the hope that developments in the next few months would reinforce the close and strategic partnership the two countries enjoyed.