Afghanistan stares at chaos as security situation continues to deteriorate 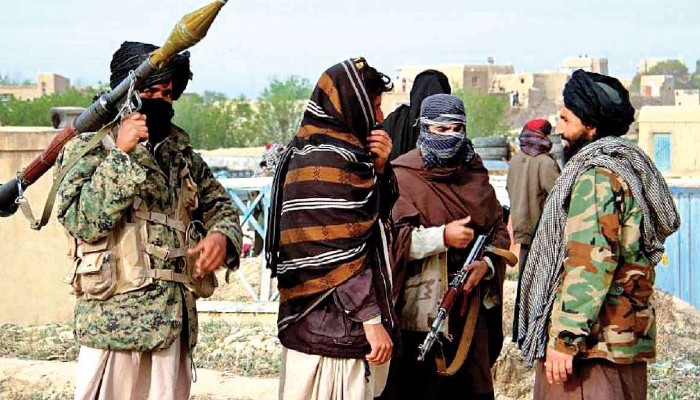 As the security situation in Afghanistan deteriorates fast, India is watching the developments with great concern and is in touch with the US and other relevant powers. The new Biden administration in Washington DC is weighing the pros and cons of honouring the commitment made by his predecessor Donald Trump to pack all the military bags and leave the country by the first of May.

The world will have to bear the brunt of Trump’s unilateral withdrawal policies from all trouble spots including Kabul. The democratic future of Afghanistan very much depends on continuing long term military assistance to the current democratic regime, being severely challenged by the violent, extremist Taliban groups aided and manipulated by Pakistan with Chinese backing.

In spite of obvious and very clear writings on the wall, India is still putting its eggs in the basket of the democratic government of Afghanistan led by Ashraf Ghani, which is evident from the fact that as recent as February 9, India committed US $236 million for the construction of Shahtoot dam.

This will be the second after Salma dam, which will supply drinking water to Kabul city. India has till now, since the time Taliban was dethroned in the beginning of this century, invested over US $ 3 billion in various developmental projects. In this backdrop India has deep stakes in a country free of violence and terrorism. India hopes that its democratic ally in Kabul would hold on to power with international support. But with weakening commitment from the US and Europe, the current government in Kabul seems to be counting its days.

As President Joe Biden promises to put America back on the world stage, Kabul would be the test case for its ambition to challenge non-democratic powers and forces. The Biden administration would have to realise that the rise of Taliban in the seats of powers in Kabul would undermine the US efforts to promote democratic values all over the world.

The previous Trump administration had negotiated a Pakistan brokered deal with Taliban which demanded secession of terror attacks all over Afghanistan, but Taliban never respected such agreement and US administration continued to ignore Taliban’s terror tactics and blackmail.

The Peace process signed almost a year ago, envisaged an inclusive government in Afghanistan under the leadership of the elected President. Since the Afghan society is multi-ethnic, there was also an agreement on constituting a high council of national reconciliation, which has been described as an inclusive government body, which will represent the aspirations of Afghan men and women.

However, Taliban did not show any sign of implementing the agreement on ground as the outfit does not believe in inclusive society, hence, dastardly attacks on government and public facilities, claiming scores of lives, besides media personnel and public authorities continues unabated.

Probably, the backers of Taliban want total surrender of the democratic government so as to have a monopoly rule over Kabul. The feared return of Taliban to Kabul’s throne after two decades would throw all international efforts to drain to bring civility and normalcy to the Afghan society. This will be a success of fundamentalist forces which will be making all efforts to spread its ideology and to destabilize non-extremist Islamic regimes from Central to West Asia.

The US and other democratic powers must once again sit together and discuss ways and means to counter the Great Game being played by Chinese strategists, who are instigating its all-weather ally, Pakistan, to rid this area of democratic influence and values.

The Chinese would, thus, be able to expand its economic and political influence and dominate the area by supporting non-democratic regimes. The US and other like-minded democratic powers would find it difficult to survive in this political atmosphere.

The peace process never progressed to its logical conclusion, causing much consternation in various stakeholders. Why this happened, has been very well explained by none other than acting foreign affairs minister of Afghanistan Mohammad Haneef Atmar.

“What Afghanistan is dealing with is a symbiotic relationship between national terror networks, transnational criminal networks on the other, and covert foreign policy engagement as the third element of that axis. The Taliban is known to have affiliations with regional terror outfits like Jaish-e-Mohammad (JeM), Tehrik-i-Taliban Pakistan (TTP), and international groups like Daesh and al-Qaeda,” Atmar said.

This interconnectivity within various regional extremists outfits including State agencies like the Pakistan Army and its intelligence outfit, ISI, has foiled all serious attempts to bring normalcy in the war torn country, According to Atmar, peace in Afghanistan would improve political and security cooperation at the regional and global level.

Peace in Afghanistan is important for regional economic cooperation, connectivity and stability to prosper and endure.” Pakistan would certainly not like India to play a bigger constructive role, which will reduce its say in managing its affairs.

However, it would be in the long term interest of the US and Western powers to prevent Pakistan and China from furthering their own narrow interests and agenda in Afghanistan.

The author is a senior journalist with expertise in diplomacy and strategic affairs; views expressed are his personal