Tale of growing ties between India and Sri Lanka 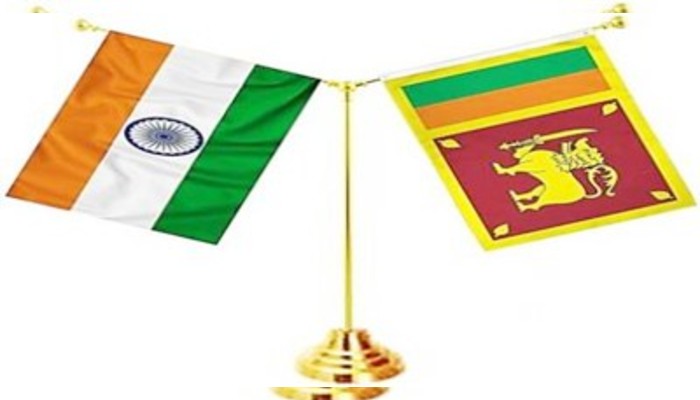 India, Sri Lanka have a legacy of cultural, religious, and linguistic interaction and in recent years, the relationship has been marked by close engagement at all levels

Relations between India and Sri Lanka received a further boost when foundation stone was laid for India-assisted housing projects in Walahanduwa Estate of southern province in the island country on Monday. Under the project, as many as 50 new houses will be constructed for Sri Lanka’s tea estate workers.

High Commissioner of India Gopal Baglay addressed the gathering through a video message, saying India will continue to support Sri Lanka during the current challenging times.

According to an official statement, he said India is committed to assist Sri Lanka in its overall socioeconomic development focusing on the priority areas of the Government of Sri Lanka which are water and sanitation, skill development, IT, and agriculture.

He further said that the new phase of the housing project for the construction of 10,000 houses for plantation areas, promised by Indian Prime Minister Narendra Modi would begin in 2021. This project will start soon on new modalities of cooperation, in line with the vision of late Minister Arumugam Thondaman.

India’s housing project in Walahanduwa Estate, in Galle is a part of the Government of India's ambitious project to construct 50,000 houses with a total allocation of $ 270 million in grants. Out of which, 4,000 houses are being constructed in the plantation regions of Central, Uva, Sabaragamuwa, and Southern Provinces of Sri Lanka.

The project is in continuation of India’s people-oriented development cooperation partnership with Sri Lanka.

India’s overall commitment of development assistance to Sri Lanka stands at a total of around $ 3.5 billion and among these, $ 560 million is under grants.

The relationship between India and Sri Lanka is more than 2,500 years old. Both countries have a legacy of intellectual, cultural, religious, and linguistic interaction. In recent years, the relationship has been marked by close contacts at all levels.

The ties between India and the Island nation have been further strengthened during the Covid-19 pandemic.

As a gift to its neighbor, India has sent 5 lakh doses of Covid-19 vaccines to Sri Lanka. Besides, India has provided medical assistance of all sorts during tough times.

In January, External Affairs Minister S Jaishankar visited the island nation on the invitation of the foreign minister of Sri Lanka Dinesh Gunawardena. Both leaders reiterated the commitment to maintain strong bilateral ties in the upcoming years.

In fact, high-level contacts were maintained and indeed strengthened during the past year and the virtual bilateral summit between the prime ministers of both sides PM Modi and Sri Lankan Prime Minister Mahinda Rajapaksa was a high watermark for the bilateral relationship in 2020.

Both leaders had discussed business cooperation and the progress of the projects in Sri Lanka financed by India. They had also acknowledged the increasing convergence on regional and international issues of mutual engagement, including within the frameworks of SAARC, BIMSTEC, IORA, and the United Nations system.

In July, 2020, the Reserve Bank of India (RBI) finalized an agreement to extend a $400 million currency swap facility to the Central Bank of Sri Lanka, which will remain available till November 2022.

Besides, India has a solid record as a development partner of Sri Lanka in the social, community, and human resources sectors.

Whether it is in mass housing, or ambulance services, heritage services, or education, the India-Sri Lanka partnership has made a real difference in the lives of people over the island.