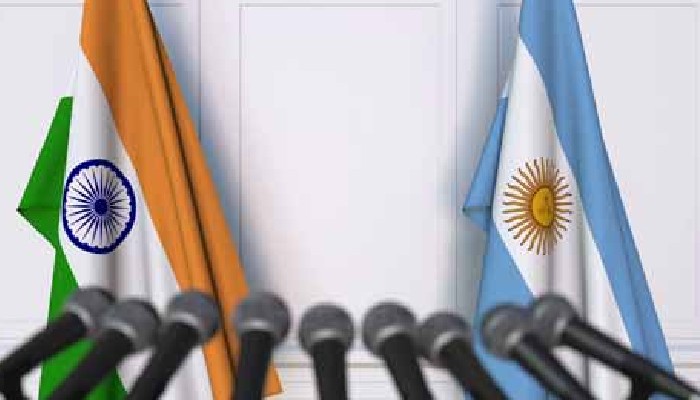 In a few days, Argentina will receive the Serum Institute of India produced vaccines, imparting a new momentum to the strategic partnership between the two countries.

Though no date has been set when the Latin American country will get India made vaccines, there is a buzz in New Delhi’s diplomatic corridor, which suggests that Buenos Aires will get consignments of around 580,000 doses of Covishield vaccines soon.

India had earlier granted special exemptions to Argentina on the supplies of hydroxychloroquine and paracetamol. In turn, the Latin American country reciprocated the gesture by allowing the exports of ventilators to India.

Thus, India and Argentina are pushing frontiers in multifaceted bilateral cooperation amidst the Covid-19 pandemic and presents potential for significant South-South Cooperation between them.

Last year on September 10, India and Argentina had held their 5th Foreign Office Consultations via video conference. During that consultation meeting, both sides had shared views and experiences on combating Covid-19 pandemic. The two sides reviewed the entire gamut of bilateral cooperation within the framework of their Strategic Partnership.

The two sides reviewed the implementation of existing agreements as well as those under negotiation and agreed to take forward the bilateral agenda, including by holding regular meetings of the institutionalised bilateral mechanisms. They agreed to explore holding of the Joint Commission Meeting at the level of Foreign Ministers, at an early date.

In November last year, External Affairs Minister, Dr. S. Jaishankar at the think-tank summit on ‘India and Argentina in the New World Order’ had pointed out that bilateral trade between the two countries in the last decade doubled to cross $3 billion.

Jaishankar recalled that the economic partnership has further been bolstered by the presence of Indian companies in Argentina with a total investment of over USD 1 billion.

The External Affairs Minister had stated that there remains unexplored complementarities and untapped potential for increasing engagement in agriculture, mining and minerals, oil and gas, pharmaceuticals, chemicals, and automotives.

The pharmaceutical and IT sectors have come in the spotlight amid the Covid-19 pandemic, Jaishankar had noted. Following rollout of Indian made vaccines in January this year, New Delhi has supplied some 229 lakh vaccines to countries in its neighbourhood and partner countries. After having catered to the needs of South Asian countries and cementing its place as the first responder in the region, New Delhi turned to its partners in Latin American and Caribbean countries.

The two countries have witnessed exchanges at the highest level. External Affairs Minister S Jaishankar held a telephonic conversation with Argentine Foreign Minister Felipe Solá on May 5, 2020, and discussed issues on the bilateral agenda, as well as cooperation during and after the COVID-19 pandemic.

Despite the lockdowns in place in different parts of the world, and consequent disruptions in global supply chains due to the COVID-19 pandemic, during the first eleven months of 2020, trade between India and Argentina increased 13.26 per cent compared to the same period of the previous year.

On the other hand, Argentina’s investment in India stands at approximately USD 120 million. Argentine companies with presence in India include Globant and OLX in IT services and TECHINT in the manufacturing sector.