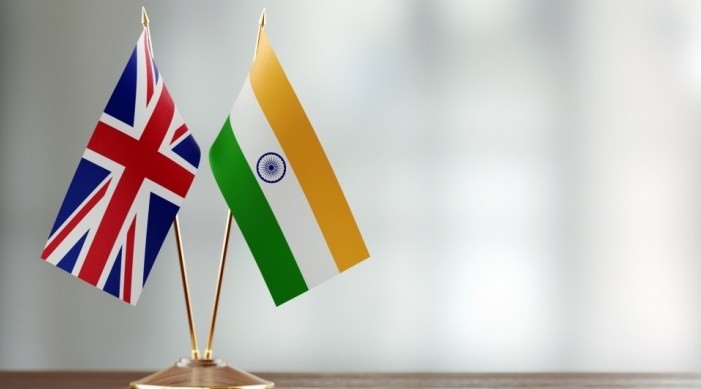 Brexit has presented an enormous potential for the UK to extend ties with India, whether that is around visas, immigration policy, education and others

Suggesting that there is a platform for a glorious partnership between the UK and India, Former UK Special Advisor, Nick King said shared democratic values underpinning the two countries’ relations would not only bring huge benefits to the two countries but also the world.

Writing for the Sunday Guardian, an English weekly, Nick King who served as a Special Advisor to three UK departments between 2012 to 2018 emphasised that Brexit presents an enormous potential for the UK to extend ties with India, whether that is around visas, immigration policy, education, innovation, R&D, shared security challenges or trade and investment.

Recounting that university research, student exchange and academic collaboration are areas in which the UK-India partnership already flourishes, King called for even closer links to be forged in the post-Brexit era.

“Both countries are tech innovators and digitally driven—the opportunity to work together on the technological solutions which will help us overcome our most acute challenges is an enticing one,” the former UK Special Advisor said.

Noting that the UK’s withdrawal from the EU’s Erasmus programme and its new ‘Turing Scheme”, is a student exchange programme that allows for much greater UK-India cooperation in higher education, King called upon for a more deep rooted partnership between the two countries.

“If these opportunities are to be capitalised upon, it will require a mutual, and concerted, effort from leaders in London and Delhi,” King argued.

He pointed out that the UK, which is the host of G-7 Summit later this year, has also invited Australia and South Korea, clearly indicating that leading democracies of the world need to stand shoulder-to-shoulder against shared threats.

Recalling to the “Living Bridge” coinage of Prime Minister, Narendra Modi for the sizable Indian Diaspora living in Britain, the former UK Special Advisor stated that India as the largest democracy in the world, is a natural partner for the UK and the partnership already rests on solid foundations: a set of shared values, shared interests.

“In time, this partnership can and should lead to a Free Trade Agreement between our nations—with all the concomitant benefits that will confer for both partners. But there are many steps we can and should take before then to make good on the potential which exists. What it will take, however, is effort,” he maintained

To read King’s full article in the Guardian: