India, Australia to work more closely in the Indo-Pacific region 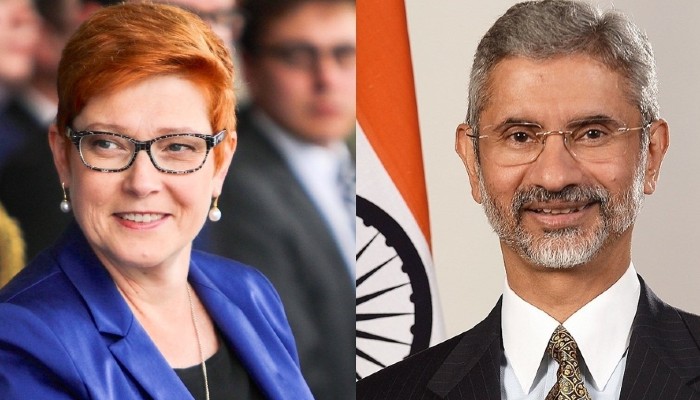 Demonstrating a strong commitment to their Comprehensive Strategic Partnership (CSP), India and Australia have agreed to work more closely on their shared objectives of the Indo-Pacific. They have also agreed to make COVID-19 vaccines accessible and affordable.

Tweeting about the meeting, Jaishankar said, “Good as always to talk to Foreign Minister Marise Payne. Discussed developments in the Indo-Pacific. Exchanged views on the situation in Myanmar. Also on making vaccines accessible and affordable. And a bit of cricket.”


Good as always to talk to FM @MarisePayne. Discussed developments in the Indo-Pacific. Exchanged views on the situation in Myanmar. Also on making vaccines accessible & affordable. And a bit of cricket.


Payne remarked that India and Australia will work more closely than ever on their shared objectives in the Indo-Pacific. “Today Dr S. Jaishankar and I discussed the situation in Myanmar, equitable & safe access to vaccines and taking forward our Comprehensive Strategic Partnership,” she said on Twitter.


In 2021, ???????? & ???????? will work more closely than ever on our shared objectives in the Indo-Pacific. Today @DrSJaishankar and I discussed the situation in Myanmar, equitable & safe access to vaccines and taking forward our Comprehensive Strategic Partnership. #Dosti pic.twitter.com/ctgKn5uLiW

The two sides have been strategic partners since 2009 and enjoy strong political, economic and community ties.

The India-Australia CSP is based on mutual understanding, trust, common interests and the shared values of democracy and rule of law. Through the CSP, both countries have committed to work together across a range of areas.

The Indian official statement following the June Summit between the Prime Ministers of the two countries had said, “As leading democracies, India and Australia had developed an understanding of each other perspectives on global issues.”

The official statement also confirmed that the two sides declared that they had a shared approach to a free, open, inclusive and prosperous Indo-Pacific.

Meanwhile, in a major show of a shared Indo-Pacific vision, the navies of Australia, India, Japan and the United States held their biggest naval drill, Malabar Exercise 2020, in November. The exercise saw warships, submarines and aircraft from the four countries indicating their seriousness in countering China’s military and political influence in the Indo-Pacific region.

India and Australia are also part of a trilateral dialogue along with France that focuses on various aspects in the Indo-Pacific such as the blue economy and protecting marine global commons.