India is a leader in climate action: EAM Jaishankar 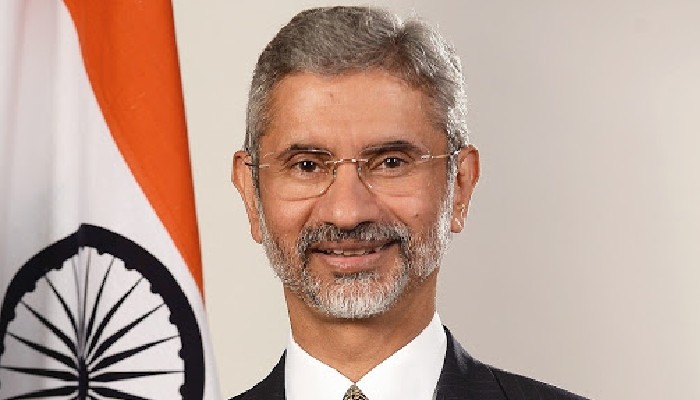 EAM Jaishankar said among G-20 countries, India is on the track to meet its climate change mitigation commitments

Speaking at the World Sustainable Development Summit - High Level Round Table on Rebooting Green Growth organized by the Energy and Resources Institute (TERI) Jaishankar argued that there was a need for evolving a comprehensive approach which covers education to values and from lifestyle to developmental philosophy.

“We need global awareness to bring about behavioural change,” he argued, stating that respect for nature, judicious use of resources, reducing its needs and living within its means have all been important aspects of India’s traditions.

Recalling Prime Minister Narendra Modi’s statement that respect for nature is an integral part of India’s culture and protection of environment comes naturally to its people, Jaishankar stated that it is the responsibility of the present generation to act as a trustee of the rich natural wealth of the future generations.

Noting that among G-20 nations, India is on track to meet its climate change mitigation commitments the External Affairs Minister submitted that India has the fastest-growing solar energy programme in the world.

He informed that India has expanded access to clean cooking fuel to cover over 80 million households in need, which has led to energy saving of about 47 billion kWh per year and reduction of 38 million tonnes of CO2 per year. This is among the largest clean energy drives globally, he added.

Indicating a leap in India’s renewable energy installed capacity and solar installed capacity in the last five years by 162 percent and 13 times respectively, the External Affairs Minister reiterated that the government has revised the target of grid connected solar power projects to 100,000 MW under the National Solar Mission.

Apart from its domestic actions to mitigate climate change the Minister reckoned India’s lead in bringing together international coalitions and also helping other countries address this challenge. One such initiative is the International Solar Alliance (ISA) has become an example of how positive global climate action can be taken forward through partnerships, Jaishankar further said.

Recalling that ISA is one of the fastest growing international organizations today with 89 signatories, he announced that India has pledged US$ 1.7 billion under lines of credit towards solar projects in various countries.

Elaborating upon the initiative, Jaishankar said that it is aimed at garnering attention towards Infrastructure damage during natural disasters, which especially impacts the poorer nations.

In 2021, CDRI, which is co-chaired by India and UK, will host its third global event, which will be an opportunity to take stock of the progress as well as give added impetus in the run up to COP 26. The Government of India has allocated US$ 70 million to support the work of the CDRI, he revealed.

Moreover, the India-UN Development Partnership Fund is another practical manifestation of climate action and sustainable development in the spirit of South-South cooperation, the External Affairs Minister added.

The Fund established in 2017, aims to contribute to the efforts of developing countries towards the realization of the 2030 Agenda for Sustainable Development Goals including on Climate Action.

Also at the 2019 Climate Summit, India along with Sweden also launched the Leadership Group on Industry Transition (LeadIT) along with the World Economic Forum with the support of Stockholm Environment Institute in 2019 to boost climate ambitions and actions to implement the Paris agreement, he added.

The initiative provides a platform for governments and the private sector to help develop low carbon pathways for industry, Jaishankar explained. Currently, the Group has membership of 13 countries and 15 companies, and is committed towards low carbon industry transition, he informed.

Expressing hope that that slowly world economies have started to pick-up slowly and that India would grow at the projected over 11 percent next fiscal, Jaishankar said it is important for India and the world that this growth must be as green as possible.