China will withdraw its troops to Finger 8 in eastern Ladakh: Rajnath Singh 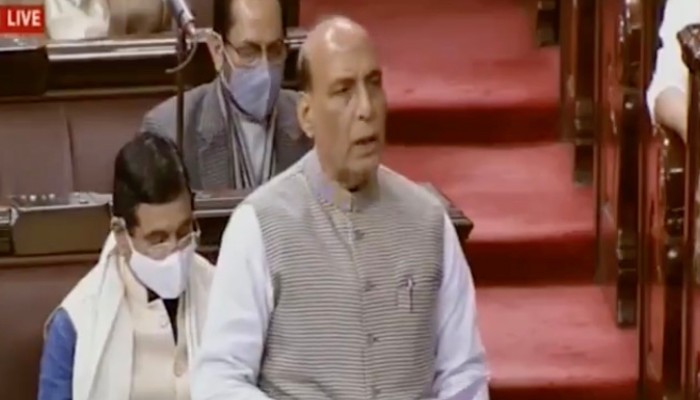 A day after the Spokesperson of China’s Ministry of National Defence said that Chinese and Indian armed forces have begun disengagement from the North and the South banks of Pangong Lake, Defence Minister Rajnath Singh told the Rajya Sabha on Thursday that an agreement has been reached between the two countries for the disengagement in this area of eastern Ladakh.

“Our sustained talks with China have led to agreement on disengagement on the north and south banks of Pangong Lake. After this agreement, India-China will remove forward deployments in a phased, coordinated manner,” Rajnath Singh said in the Rajya Sabha.

“I want to assure this House that in these talks we have not conceded anything,” the Defence Minister asserted.

“The agreement that we have been able to reach with the Chinese side for disengagement in the Pangong lake area envisages that both sides will cease their forward deployments in a phased, coordinated and verified manner,” he said.

The Chinese would keep their troop presence in the North Bank area to east of Finger 8 and the Indian troops would be based at their permanent base at Dhan Singh Thapa Post near Finger 3. Similar action would be taken in the South Bank by both sides, the Defence Minister said.

“These are mutual and reciprocal steps and any structures that had been built by both sides since April 2020 in both North and South Bank area will be removed and the landforms will be restored,” he maintained.

The disengagement started yesterday in the North and South Bank of the Pangong Lake and would “substantially restore” the situation to that before the standoff began last year, the Minister said.

Rajnath Singh said there were still some outstanding issues on deployment and patrolling at some other points along the LAC in eastern Ladakh and these would be the focus of further discussions.