US welcomes India’s emergence as a leading global power 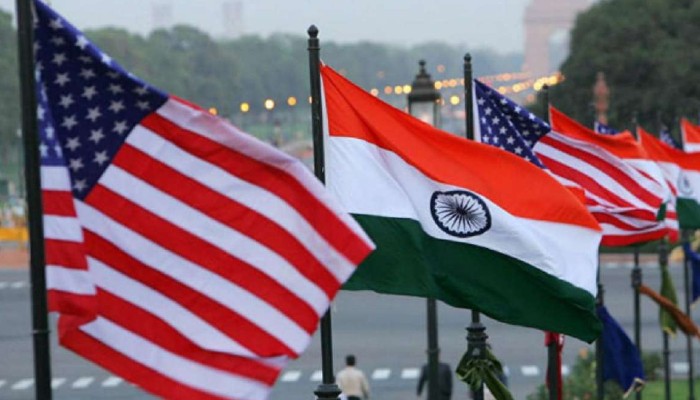 Describing India as one of the most important partners of the US in the Indo-Pacific region, the US administration led by Joe Biden said it welcomed India's emergence as a leading global power and its role as a net security provider in the region.

“India is one of the most important partners in the Indo-Pacific region to us. We welcome India's emergence as a leading global power and its role as a net security provider in the region,” State Department Spokesperson Ned Price told reporters during his daily press briefing on Tuesday.

Earlier, External Affairs Minister S Jaishankar and US Secretary of State Antony Blinken held comprehensive discussions on regional and international issues and also reviewed situation in the Indo-Pacific region. This was second time in less than a fortnight when the two ministers spoke to each other and discussed issues of mutual concern, including the situation in Myanmar.

Tweeting about it, EAM Jaishankar said: “Welcomed the comprehensive discussion today with Secretary Blinken. Reviewed Indo-Pacific developments and the Quad cooperation. Exchanged views on the situation in Myanmar. Look forward to remaining in touch.”


Welcomed the comprehensive discussion today with @SecBlinken. Reviewed Indo-Pacific developments and the Quad cooperation. Exchanged views on the situation in Myanmar. Look forward to remaining in touch.


Referring to the talks between the two sides, Ned Price said the two sides held discussions on the broad and multifaceted US-India Comprehensive Global Strategic Partnership.

“We’ll continue to engage at the highest levels of our government to deepen cooperation on many fronts, and we are confident that the strong and upward trajectory of our partnership will, in fact, continue,” Price added.

Terming the list of diplomatic and security issues that India and US cooperate as exhaustive, the US Departmental Spokesperson stated that the two countries collaborate on a wide range of diplomatic and security issues that include defence, non-proliferation, regional cooperation in the Indo-Pacific, counterterrorism, peace-keeping, the environment, health, education, technology, agriculture, space, and oceans.

Welcoming India’s joining the United National Security Council for a two-year term the US spokesperson remarked that US and India work closely in international organizations.

Talking about trade ties between the two countries, Price said that the US is India’s largest and the most important trading partner with bilateral trade rising to $146 billion in 2019 and the US companies forming a large source of India’s Foreign Direct Investment.

Highlighting people-to-people ties between the two countries, he said, “Across this country, nearly four million Indian Americans call the United States home, contributing in their communities and proudly serving their country in uniform.”