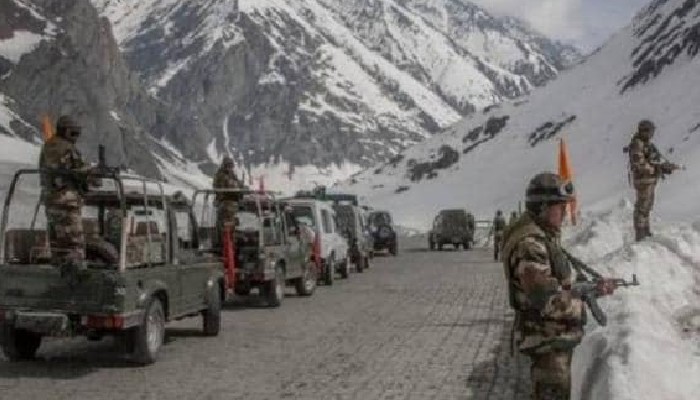 Spokesperson of China’s Ministry of National Defence, Wu Qian on Wednesday issued a statement, maintaining that frontline units of the Chinese and the Indian armed forces have begun to “simultaneously and systematically organize disengagement” from the North and South banks of Pangong Lake.

“The frontline units of the Chinese and Indian armed forces in Pangong Hunan and North Coast began to simultaneously and systematically organize disengagement on February 10,” Wu Qian said.

The Spokesperson of China’s Ministry of National Defence also said that the move was in accordance with the consensus reached after the 9th round of military commander-level talks between China and India, which were held on the Chinese side of the Moldo-Chushul border last month.

On January 24, India and China had held ninth round of Corps commander-level talks in the Moldo-Chushul area and both sides focused their talks over the total disengagement and de-escalation from all friction points along the Line of Actual Control in eastern Ladakh.

Speaking about this round of talks, MEA Spokesperson Anurag Srivastava had said on January 29 that “both sides agreed to follow the important consensus of the leaders of the respective country and maintain the momentum of talks.”

In that round of Corps commander-level talks, both sides held extensive deliberations on modalities for disengagement of troops from all the friction points in eastern Ladakh where the two militaries have been engaged in an eyeball-to-eyeball face-off for nearly nine months.

The sixth round was held with a specific agenda of exploring ways to implement a five-point agreement reached between External Affairs Minister S Jaishankar and his Chinese counterpart Wang Yi at a meeting in Moscow on September 10 on the sidelines of a Shanghai Cooperation Organisation (SCO) conclave.