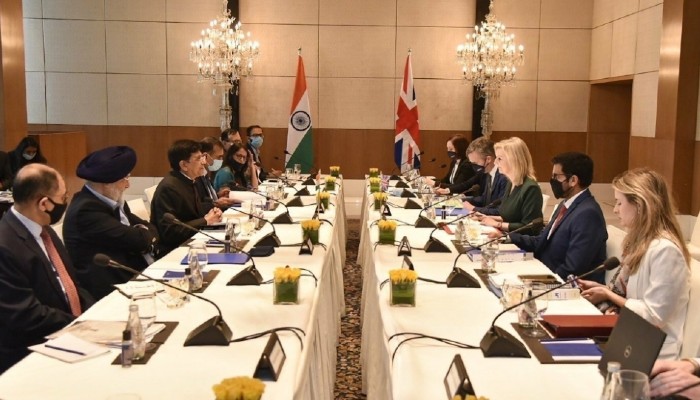 In a significant step forward, India and the United Kingdom agreed to take the trade partnership ahead during the visit of the UK Prime Minister to India, later this year.

The Ministers agreed that this partnership would formally be launched during the visit of the UK Prime Minister to India, later this year. To this effect, the Ministers committed themselves to make concrete progress on the trade and investment front to deliver quick gains for both countries including joint timelines for further advances.

They agreed to further accelerate the process towards launch of the ETP, and committed to interact on a regular basis, while identifying quick and concrete bilateral deliverables that could cement the ETP and immediately benefit the people of both countries.

According to a statement released by the Ministry of Commerce and Industry, the discussions were carried out on the entire range of bilateral trade and economic relations in a spirit of mutual understanding of each other’s priorities and trade sensitivities.

Both Ministers reiterated their commitment to long term India-UK partnership and agreed to deepen trade cooperation between the two countries through an Enhanced Trade Partnership (ETP). They also reviewed progress in removing market access barriers on both sides and ongoing cooperation in response to COVID-19.

Taking forward their commitment from the 14th JETCO on 24th July 2020, India and UK Trade Ministers reviewed the ongoing engagements between the two sides for an ETP, as part of the development of a roadmap that would lead to a potential comprehensive FTA, including considerations on an Interim Agreement on preferential basis.

The Ministers welcomed the deepening of bilateral health cooperation between the two countries, including on vaccines, which is enabling our countries to act as a global force for good during these challenging times.

They committed to re-launch the UK-India CEO Forum and agreed on the CEO Forum meeting at the earliest. Both sides reaffirmed their commitment to work with businesses to improve the business environment and collectively address the challenges to post-COVID-19 economic recovery.