India, Japan, Australia and US plan to hold summit, says the Japanese daily 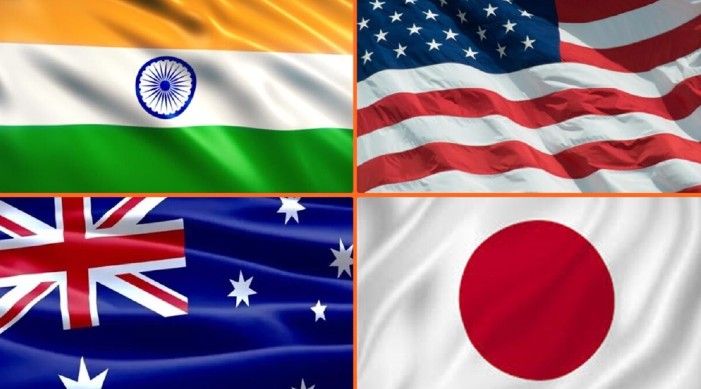 Protection of a free and open Indo-Pacific region will be one of the agenda of the summit: Sankei Shimbun

India, Japan, Australia and the US plan to hold a summit to strengthen ties amid growing influence of China in the Indo-Pacific region, Japan’s Sankei Shimbun has quoted unidentified government officials as saying.

The Japanese daily has not said when this summit will be held, but it said the summit will be conducted through teleconferencing. It also said that protection of a free and open Indo-Pacific region will be one of the agenda of the meeting.

On January 28, during Yoshihide Suga’s telephonic talks with US President Joe Biden, the Japanese Prime Minister had agreed the four countries should cooperate closely, said the Japanese daily.

On October 6, 2020, Foreign Ministers of all these four countries had held the second ministerial meeting in Tokyo. In his opening remarks External Affairs Minister S Jaishankar had said, “As vibrant and pluralistic democracies with shared values, our nations have collectively affirmed the importance of maintaining a free, open and inclusive Indo-Pacific. We remain committed to upholding the rules-based international order, underpinned by the rule of law, transparency, freedom of navigation in the international seas, respect for territorial integrity and sovereignty and peaceful resolution of disputes.”

“Our objective remains advancing the security and the economic interests of all countries having legitimate and vital interests in the region. It is a matter of satisfaction that the Indo-Pacific concept has gained increasingly wider acceptance. The Indo-Pacific Ocean’s Initiative that we tabled at the East Asia Summit last year is a development with considerable promise in that context,” EAM Jaishankar had said in his remarks at the four countries’ Foreign Ministers’ meeting.