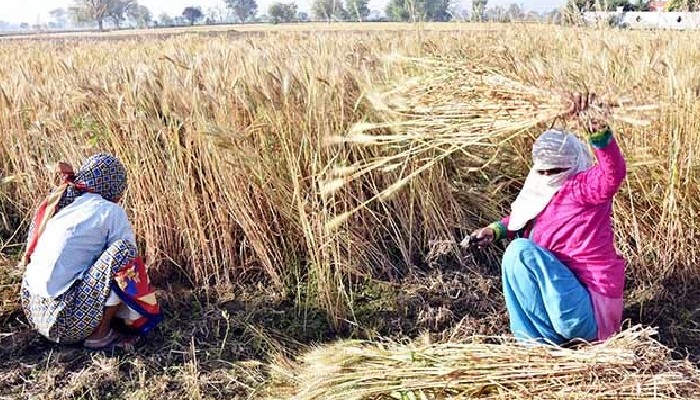 The developed countries led by US, EU and the Cairns Group have an opportunity to be on the right side of history here, the letter says

A group of former Indian Foreign Service Officers have written an open letter to the World Trade Organisation (WTO) in support of the farm laws passed by the Government recently.

The letter says, "The balance between market forces and food security/farmers’ welfare is a delicate one and it is the sovereign prerogative of Governments to strike that balance".

Given below is the text of the letter in full.

OPEN LETTER ON THE WTO AGREEMENT ON AGRICULTURE

(2) In the post-COVID future of sustainable agriculture and food security, there is an opportunity for the US, EU, UK along with 19 members of the Cairns Group to end the double standards that have skewed global production and markets. On the one hand, they want countries like India to liberalise their agriculture markets, allow the market forces to determine prices and limit subsidies. On the other hand, political groups and legislators from some of these countries express support for the farmers’ protests near Delhi and criticize the government for enacting farm laws that seek to empower farmers and bring in greater market efficiency. Obviously, you cannot have your cake and eat it too. The balance between market forces and food security/famers’ welfare is a delicate one and it is the sovereign prerogative of Governments to strike that balance.

(3) India will gradually and incrementally allow the market to decide prices of agricultural produce, not because of the WTO or because the developed countries are saying so, but because it is in the fundamental interest of the Indian farmers and will enable the latter to double their income. Meanwhile, the WTO under the leadership of developed countries will be failing in their duty if they do not amend the Agreement on Agriculture that facilitates the developing and least-developed Members to achieve the sustainable development goal of ending hunger and securing food security.

(4) The irony is that the developed countries led by US and EU had argued for a long time that Agriculture cannot be subject to the same GATT rules as say, chemicals, industrial equipment or shoes. Having argued for over 50 years that
Agriculture was “special”, the same countries are now baulking at the “special status” of Agriculture in developing and least developed countries. At present, the Agreement has clauses on domestic subsidies and special safeguards which are in favour of farmers of developed countries. Thus, direct subsidy payments linked to acreage or animal numbers (practiced by EU) or direct payments to producers (practiced by US and EU) are conveniently called Blue Box and Green Box subsidies which are NOT subject to any discipline in the Agreement. On the other hand, all domestic subsidies such as market price support (practiced by some if not all developing countries) are considered trade-distorting and subject to reduction commitments. This is expressed in terms of Total Aggregate Measurement of Support (AMS) and calculated on the basis of the base year 1986/88.

(5) The one WTO provision that is causing problems for countries like India that engage in public stockholding of food grains, is that in any given year this AMS cannot exceed 10 per cent of the value of the production of the commodity
in question. Given the nature of MSP in India, we have reportedly breached the 10 per cent limit. Fortunately for us, there is a “peace clause” in operation pending a permanent solution to the public stockholding issue. The other big issue for developing countries and least developed countries is that if there is an import surge of a particular commodity (say wheat or sugar), countries like India want to be able to impose safeguard duties to avoid the danger of their own
farmers getting wiped out because of a huge increase in imports. Both these demands are eminently reasonable but have not found acceptance by either US or EU, or indeed by the Cairns Group which consist of countries which
aggressively seek markets for their agriculture exports.

The WTO faces an existential crisis. If it is to revive itself as a credible forum for negotiations, it must be seen as helping its Members achieve the SDG goals. For instance, the SDG 2 is critical for a country like India and several other developing countries. The SDG 2 is worth quoting in full:
“End hunger, achieve food security and improved nutrition and promote sustainable agriculture”

India can achieve the above goal only through public stockholding which serves two important objectives: ensure farmers get adequate remuneration for their efforts and end hunger by distributing foodgrains to the most vulnerable sections of the population. This is particularly important since India does not have a formal social security system or indeed a system of unemployment dole. At the same time, sustainable agriculture demands that farmers adopt the
latest technology to diversify their production. The farm laws passed by the Government recently strike this delicate balance. The developed countries led by US, EU and the Cairns Group have an opportunity to be on the right side of history here. They must support the efforts of developing and least developed countries even while
agreeing to amend the WTO Agreement on Agriculture to accommodate the legitimate demands of the developing and the least developed countries.