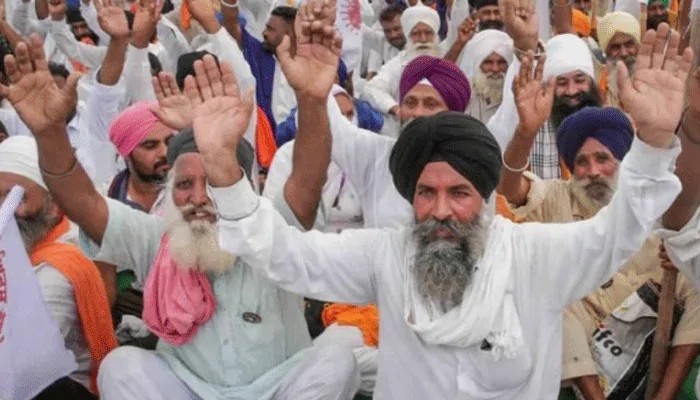 File photo of farmers' protests for representational purposes only.

Delhi Police have registered a criminal case against the creators of a 'Toolkit Document' on social media and have begun investigations into a conspiracy behind the violence in Delhi during the farmers' protests on January 26.

The case has been registered under provisions of the Indian Penal Code (IPC) relating to sedition, promoting hatred among communities, and criminal conspiracy.

"Delhi Police has taken cognizance of a 'Toolkit Document' found on a social media platform that predates and indicates a copycat execution of a conspiracy behind the 26Jan violence. The call was to wage economic, social, cultural and regional war against India," Delhi Police said in a statement on Twitter.

The Toolkit, which outlined the different ways in which people could support the farmers' protests, had led to a storm on social media after climate rights activist Greta Thunberg shared it.

Delhi Police, however, clarified that Thunberg had not been named in the case and that it had been registered against the "creators" of the Toolkit Document.

Delhi Police had earlier registered 44 cases and arrested 122 people in connection with the January 26 violence, when a many convoys of the tractor rally by protesting farmers' violated the approved route. Some groups reached the Red Fort and unfurled a religious flag that was viewed as dishonouring the national flag that flies on the historic building's ramparts.

Several farmers' groups, mainly from Punjab, Haryana, and western Uttar Pradesh, have been protesting against the three farm laws brought in by the government in September last year. They are demanding that the laws should be repealed.

The government, which maintains that these agricultural reforms will benefit the farmers, has held 11 rounds of talks with farmers' union representatives. It has even offered to keep the implementation of the laws in abeyance for a period of one to one-and-a-half-years so that all issues can be discussed threadbare.

The farmers' groups have, however, been firm in their demand for scrapping of the laws.