India can become the net security provider in the region: Rajnath Singh 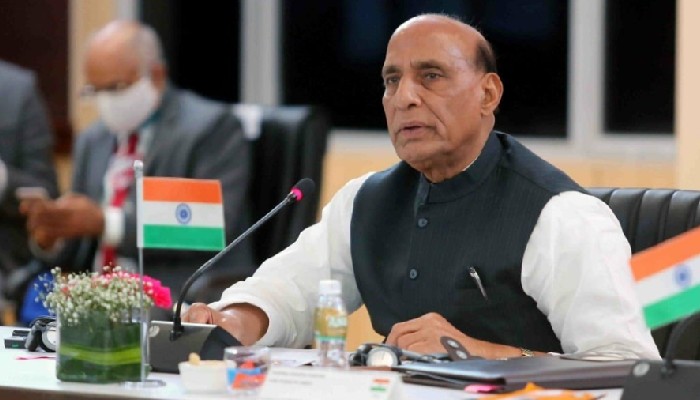 India can take on the role of being the net security provider in the region, Defence Minister Rajnath Singh has said.

Air power has and would continue to play a critical role in maintaining stability and peace in the region, he said while addressing the two-day Chiefs of Air Staff Conclave that began in Bengaluru today.

Prime Minister Narendra Modi had articulated the key role of India’s armed forces in building partnerships in the Indo-Pacific region for peace and security, as well as humanitarian assistance and disaster relief, Singh said, recalling his address at the ShangriLa Dialogue-2018.

Chiefs of Air Staff (CAS) of more than 24 countries are attending the conclave physically; 16 more are participating virtually in the event which is being organised alongside Aero India 2021. The theme of the two-day event is “Leveraging Aerospace Power for Security and Stability”.

According to Singh, the country has reached an inflection point in domestic defence manufacturing - the trajectory from here on would only be upwards. India intends to cooperate with defence partners in these niche technologies with focus on knowledge sharing and co-production, he said.

According to the Defence Minister, India’s unique disposition in the Indian Ocean Region complemented by a potent airlift capability of IAF enables it to contribute significantly in Humanitarian Aid and Disaster Relief (HADR) missions.

In the last five years, India has tackled about 100 contingencies during which more than 6,000 sorties have been flown, evacuating over 44,000 persons in distress. India had been regularly conducting exercises to deepen HADR cooperation and coordination with neighbours with focus on sharing expertise and assisting capability building, Defence Minister Singh pointed out.

Aero India 2021 is intended to showcase India’s intent to be among the top countries in defence and aerospace industries.

Citing the example of the Light Combat Aircraft (LCA) that has been successfully operationalised and inducted into the Indian Air Force (IAF) with state-of-the-art weaponry, Singh said that the superior performance of this aircraft has impressed aviation experts around the world.

He said that the LCA Mk-1A will be indigenously designed, developed and manufactured and would bolster the “Make in India”initiative of the nation. He added that close to 500 indigenous design and production agencies are involved in the manufacture of the LCA. Speaking of the success stories of the indigenous defence industry he applauded the Defence Research and Development Organisation (DRDO) for testing 12 missile types spanning the spectrum of ranges and purposes in a matter of one and a half months.

The Defence Minister added that the IAF has launched a major indigenisation drive for sustenance of all aircraft fleets and maintenance aspects and expressed belief that this will prove to be the growth engine for Indian’s domestic aerospace manufacturing capability.

Chief of Air Staff Air Chief Marshal RKS Bhadauria, in his opening remarks earlier, pointed out that amid the COVID-19 pandemic, rising mistrust and geopolitical tensions have reinforced the need for mature and balanced cooperation at the international level.

"In this backdrop, there is a need to strengthen mutual understanding and existing security frameworks based on the principles of cooperation, collaboration and co-existence," he stressed.

He also referred to the changing nature of warfare and said the advent of new technology and cross linking of physical, digital and cognitive domains had complicated the art of fighting.

According to the Air Chief, the understanding of national boundaries has "shifted beyond classical definitions". The low cost and easy availability of technology to state or non-state actors have made them more lethal and capable of generating disproportionate effects.