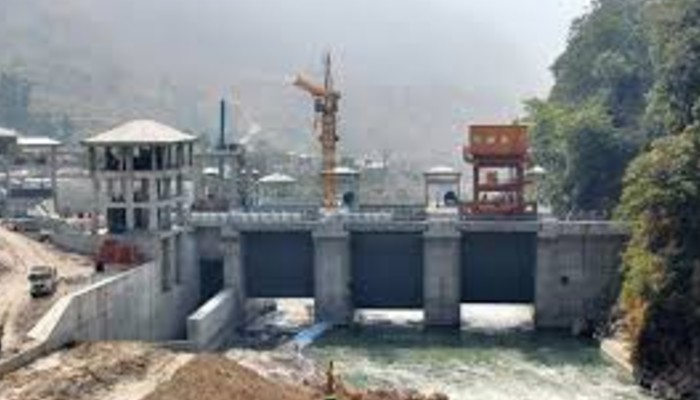 Indicating that Nepal trusts its valued relationship with India and wants to walk shoulder to shoulder with the latter to achieve shared happiness and prosperity of people in the region, the Himalayan country has decided to award 679 MW Lower Arun Hydropower Project to India’s Satluj Jal Vidyut Limited (SJVN).

Chairman and Managing Director of SJVN Nand Lal Sharma informed that Nepal has allotted the hydro elected project to his company in Nepal through competitive bidding. Nepal’s decision to allot the project to Indian public-sector company was taken at a meeting of the Investment Board of Nepal on January 29.

The SJVN Chairman and Managing Director said several international companies including those from China had bid for the project. SJVN is already constructing 900 MW Arun 3 Hydroelectric Project in Nepal and 217 kilometers 400 KV associated transmission system. With addition of Lower Arun project, SJVN portfolio stands at 8960.5 MW.

The announcement of the project comes at a time when New Delhi and Kathmandu are witnessing a dynamism and energy in their relations. Nepal’s foreign Minister Pradeep Kumar Gyawali recently visited India for the Joint Commission Meeting with External Affairs Minister S. Jaishankar.

Earlier, India offered a gift of 1 million doses of Covishield vaccines to Nepal, which was rather one of the first countries to receive vaccines after New Delhi rolled out vaccine supply in the third week of the last month.

Since the onset of the pandemic, India has maintained close coordination with Nepal and provided overall assistance including medical, technical and humanitarian assistance.

Daily flights between New Delhi and Kathmandu have begun from December under Air Bubble arrangement between India and Nepal, bringing relief to many travelers. Both sides are now working to restore regular movement of nationals across the border through both land and air routes.

The various India-assisted connectivity, infrastructure and development projects in Nepal made concrete progress despite the difficulties due to Covid restrictions. Several reconstruction and High Impact Community Development projects were completed and handed over to Nepal.

Then in rail connectivity, India has decided to extend to extend Jayanagar-Kurtha rail line up to Bijalpura in Nepal by March 2021.

Both Nepal and India are working together to start rail service between Jayanagar and Kurtha and it is hoped that after finishing the necessary technical and operational requirements, this service will be commenced soon.