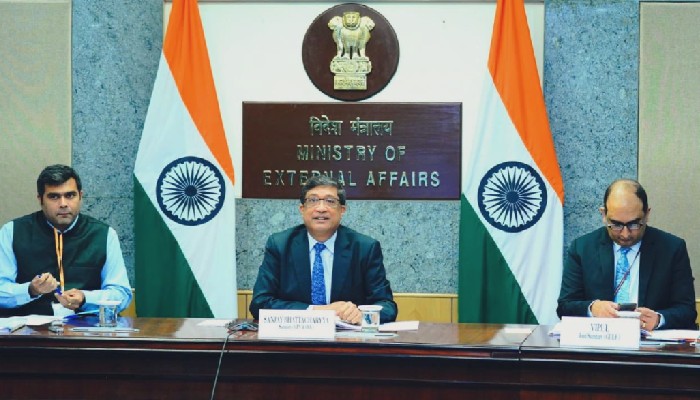 India has been investing warmth in its bilateral engagement with Doha, even as relations with the UAE and Saudi Arabia have seen a dramatic upswing

Qatar on Monday held the fourth Foreign Office Consultations in a virtual format and reviewed the entire gamut of bilateral relations between the two countries.

From political to energy, trade, investments, defence, food security, health security, science and technology, consular to community and culture--every aspect of bilateral engagement between the two countries was reviewed during the Foreign Office Consultations.

Both sides reiterated their commitment to working closely together in these areas and further discussing new areas of cooperation.

Both sides expressed satisfaction that despite the Covid-19 pandemic they have kept in close touch including the telephone conversations between Prime Minister Narendra Modi and the Amir of Qatar and the visit of External Affairs Minister S Jaishankar to Qatar in December 2020.

These moves gave new momentum to bilateral relations. The Secretary (CPV & OIA) thanked the Qatari side for taking care of the Indian community in Qatar during the pandemic.

The two sides also exchanged views on issues of mutual interest at the regional and multilateral levels, including cooperation at the UN and other international fora.

Both sides agreed to convene the first Joint Commission Meeting at Foreign Minister-level at an early date.