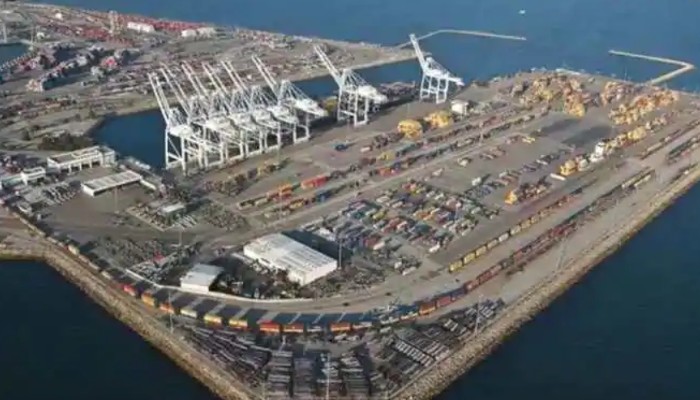 Located in the Sistan-Balochistan province in Iran, the Chabahar port is being developed by India, Iran and Afghanistan

Giving boost to Iran’s Chabahar port project, India has handed over two 140-tone cranes for loading and unloading equipment to the Iranian government.

This was the first shipment of equipment from India for the development of Phase-I of Shahid Beheshti port in Chabahar.

The first phase of the project was inaugurated in December 2017.

India is a key stakeholder in the development of the strategic Chabahar port; it has direct access to the Indian Ocean and is the gateway for landlocked Afghanistan and Central Asian countries like Turkmenistan and Uzbekistan.

Prime Minister Narendra Modi during his state visit to Tehran in 2016 had signed $ 8 billion investment India-Afghanistan-Iran trilateral agreement for the Establishment of International Transport and Transit Corridor.

But since signing of the operationalisation agreement, things have moved slowly especially due to the growing US-Iran confrontation and imposition of economic sanctions by the US on Iran.

An Indian company has been operating the project since 2018 and has steadily scaled up the traffic at the port, the Ministry informed.

Between December 2018 and July 2020, 82 vessels have been handled at the port, including 52 in the last 12 months alone. The port has handled 12 lakh tons of bulk cargo and 8200 containers in the same period, it said.

In December, Iran, Uzbekistan and India held the first trilateral working group meeting in a virtual format for the joint use of Chabahar port.

The trilateral meeting took place in the backdrop of India pitching for participation of Uzbekistan in the International North South Transport Corridor (INSTC) project.