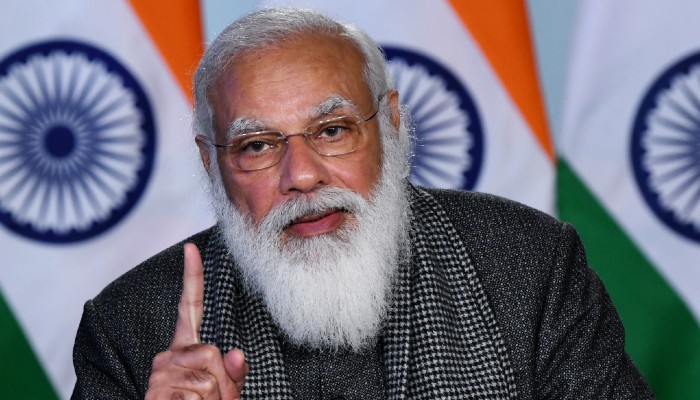 “Budget will enhance ‘ease of living’ for the common man by simplifying procedure and rules,” the Prime Minister said

Prime Minister Narendra Modi said the Budget 2021 has a feel of reality and confidence of development and showcases India’s self-belief. He also said that it will infuse a new confidence in the world in these difficult times.

In his remarks after the Budget was tabled in the Lok Sabha, Prime Minister Modi said the Budget carries a vision of ‘Aatamnirbharta’ and inclusion of every citizen and section.

The Prime Minister said that the Budget will enhance ‘ease of living’ for the common man by simplifying procedure and rules.

The Budget will bring positive changes for individuals, investors, industry and infrastructure sector.

The Prime Minister noted the positive early response that the Budget received within hours of its presentation. He said the government gave proper attention to its responsibility towards fiscal sustainability while increasing the size of the budget.

He expressed happiness that the transparency factor of the budget has been appreciated by the experts.

Stressing the proactive approach of the government, whether during the Corona pandemic or campaign for Aatamnirbharta, the Prime Minister noted that the budget doesn’t have an iota of reactive approach.

“We have gone beyond active and have given a pro-active budget”, the Prime Minister said.

Appreciating the all-round development emphasis of the Budget, Modi said that it is focused on wealth and wellness, MSME and infrastructure. He also noted unprecedented focus on healthcare.

The Prime Minister expressed happiness that the Budget has taken into account the development needs of southern states, the Northeast and Leh, Ladakh.

He said this is a huge step in the direction of turning our coastal states like Tamil Nadu, Kerala and West Bengal into business powerhouse.

The Budget will also be greatly helpful in tapping unexplored potential of the North-Eastern states such as Assam.

Mentioning the impact of the Budget on the various segments of society, Modi said its emphasis on research and innovation will help the youth.

Common men and women will be benefitted by stress on health, swachchta, nutrition, clean water and equality of opportunities. Similarly, enhanced allocation in infrastructure and procedural reforms will lead to job creation and growth.

The Prime Minister said that the Budget has many provisions for the agriculture sector and increasing farmer’s income.

Farmers will get easy and more credit. Provisions have been made for strengthening APMC and the Agriculture Infrastructure Fund.

“This shows that villages and our farmers are at the heart of this Budget” the Prime Minister said.

Modi noted that the MSME sector allocation has been doubled to improve employment opportunities. He said the Budget will lay a strong foundation for the new decade and congratulated the countrymen for a Budget for Aatamnirbhar Bharat.