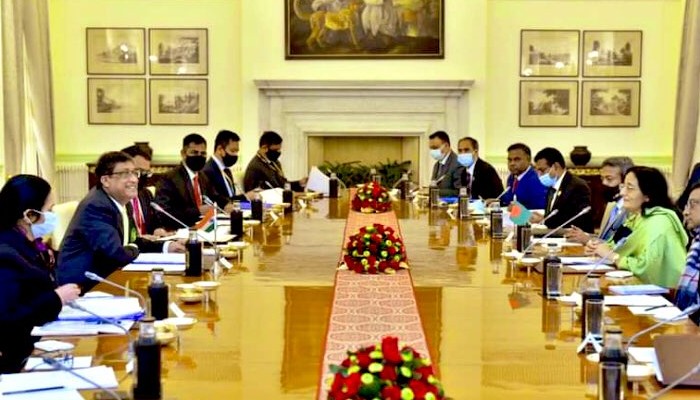 India and Bangladesh on Thursday held consular dialogue and both sides undertook wide-ranging discussions on mechanisms to strengthen coordination and cooperation on consular issues, which included finalization of standard operating procedures for consular access, verification of nationality and release of detainees, particularly early release of detained fishermen.


Both sides agreed for implementation of provisions under the Revised Travel Arrangements (2018) relating to tourist, student and business visas and further liberalization of visa formalities and entry and exit norms would further enhance ease of travel.

The two countries sides also welcomed the close cooperation between agencies to deal with terrorism and cross-boundary crimes and on legal assistance.

They reiterated their commitment to continue to work towards citizen-centric consular mechanisms. Noting the special bond between the two countries and the celebrations of the 50th anniversary of the establishment of bilateral diplomatic ties, they agreed to further strengthen the bilateral relations and promote greater people-to-people exchanges.

Consular dialogue mechanism between the two countries was instituted in 2017 to discuss issues related to consular, visa, and mutual legal assistance matters.

The next Consular Dialogue will be scheduled in Dhaka.