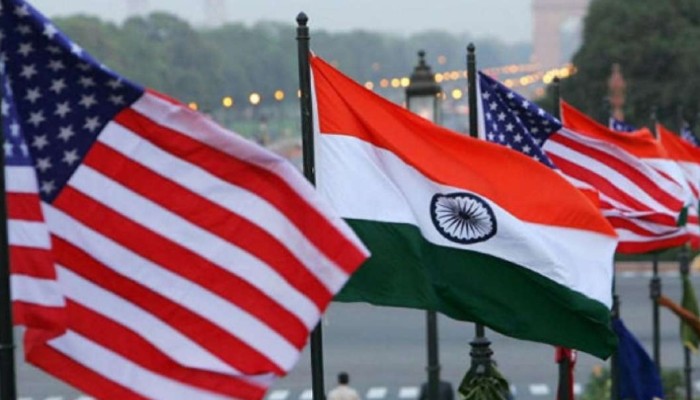 The two countries have inked key defense and security pacts over the past few years, including the Basic Exchange Cooperation Agreement

The Joe Biden administration remains committed to a strong bilateral relationship with India, the US Defence Department has said, a day after US Defence Secretary Lloyd Austin spoke for the first time with Defence Minister Rajnath Singh.

“The Secretary made it very clear that we're going to remain committed to a strong US-India bilateral relationship,” media reports quoted the Pentagon Press Secretary John Kirby as saying at a news conference.

“(They) had a good chat yesterday. They discussed a lot of issues, including our two nations' response to the coronavirus,” Kirby said.

Retired general Austin became the first African-American to lead the Pentagon when the Senate confirmed him as US Defence Secretary on January 22.

During his conversation with Singh on Wednesday, Austin pledged to work collaboratively with India to sustain the progress in the bilateral defense relationship, the Pentagon said earlier.

"During the call, Secretary Austin emphasized the Department's commitment to the US-India Major Defence Partnership, observing that it is built upon shared values and a common interest in ensuring the Indo-Pacific region remains free and open," Kirby said on Wednesday.

"Secretary Austin noted the great strides made in the US-India defense relationship, and he pledged to work collaboratively with the Defence Minister to sustain progress,” Kirby said in a readout of the call.

The Indo-US defense ties have strengthened in the last few years and in June 2016, the US had designated India a “Major Defence Partner”.

The two countries have also inked key defense and security pacts over the past few years, including Basic Exchange Cooperation Agreement in December last year.

“With the signing of BECA, the cooperation between two countries in terms of high-end technologies, which were earlier not possible, will now be open. There will be a lot of benefits in terms of developing the relationship between both sides,” Major General (Retired) Harsha Kakar had said in an exclusive interview with India News Network about BECA.

The Logistics Exchange Memorandum of Agreement (LEMOA) in 2016 was signed between both sides that allow their militaries to use each other's bases for repair and replenishment of supplies as well as provides for deeper cooperation.

The two sides have also signed COMCASA (Communications Compatibility and Security Agreement) in 2018 that provides for interoperability between the two militaries and provides for the sale of high-end technology from the US to India.