All activities in oceans and seas must be carried under UNCLOS: MEA Secretary 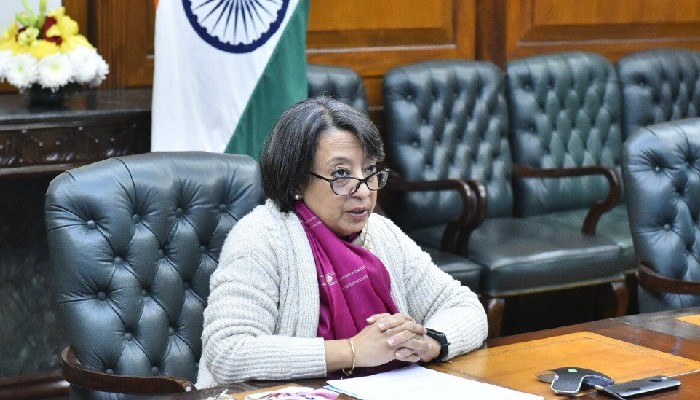 India supports freedom of navigation and overflight, and unimpeded commerce based on the principles of international law, as reflected in the UNCLOS, said Secretary (East) in the Ministry of External Affairs, Riva Ganguly Das in her remarks at a capacity building workshop for IORA member states on January 29.

The workshop, held in the virtual mode, was organized by the Ministry of External Affairs in collaboration with the Indian Council of World Affairs and the Indian Ocean Rim Association Secretariat.

She said all activities in the oceans and seas must be carried out under the internationally accepted legal framework of the UNCLOS 1982. She also said that all parties involved in maritime disputes should show utmost respect for the UNCLOS, which establishes the international legal order of the seas and oceans.

India organized this capacity building workshop in pursuance of its commitments to IORA Member States under the IORA Working Group on Maritime Safety and Security and the Sixth Indian Ocean Dialogue hosted by India in New Delhi in 2019.

The workshop, which highlights the synergies between IORA’s priority areas and the central pillars of India’s Indo-Pacific Ocean’s Initiative, witnessed more than 200 participants from many IORA member countries.

Senior officials, experts from the think tanks and academicians of the IORA member states working on related areas interacted and shared their experiences at the workshop.