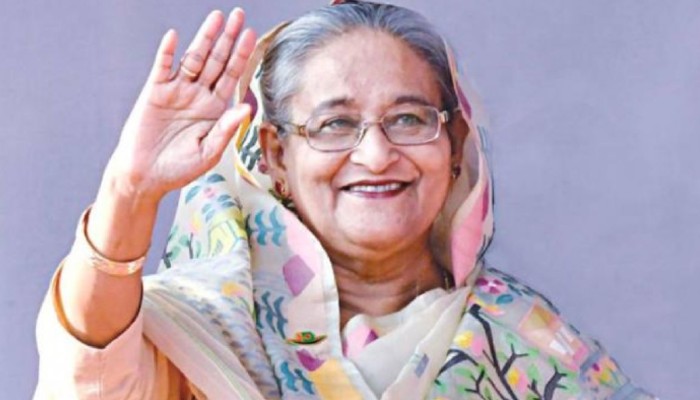 Thanking India for its gesture of gifting Covid-19 vaccines to Bangladesh, Prime Minister Sheikh Hasina informed that Dhaka has already received 50 lakh doses of the vaccine in all.

Pointing out that Bangladesh has already received 50 lakh doses and the rest of the doses are set to arrive soon, she also informed that the government has signed a tripartite agreement to bring 3.40 crore doses of the vaccine developed by the University of Oxford and AstraZeneca and manufactured by the Serum Institute of India (SII).

Bangladesh on 25 January received 50 lakh shots of the Covishield vaccines from India under a procurement agreement four days after it gifted 20 lakh doses of the vaccine.

Bangladesh Foreign Minister A.K. Abdul Momen, speaking at the handing over ceremony of 20 lakh doses of Made in India vaccine, held that the gesture by India is an illustration of collaboration and partnership between the two countries.

Momen conveyed his gratitude to New Delhi, saying it was because of India that Bangladesh was one of the few countries in the world which got hands on the vaccine early on.

Prime Minister Hasina had earlier stated, “When many countries are waiting to begin vaccinating their citizens against Covid-19, Bangladesh has successfully launched the campaign with its limited resources.”

Prime Minister Hasina watched a nurse named Runu Veronica Costa being administered the first vaccine dose in Bangladesh at the Kurmitola General Hospital (KGH) in Dhaka. Hasina informed the parliament that in the first phase of vaccine distribution, a total of 1.50 crore people (8.86 per cent of the population) will get two doses of vaccine over a span of two weeks.