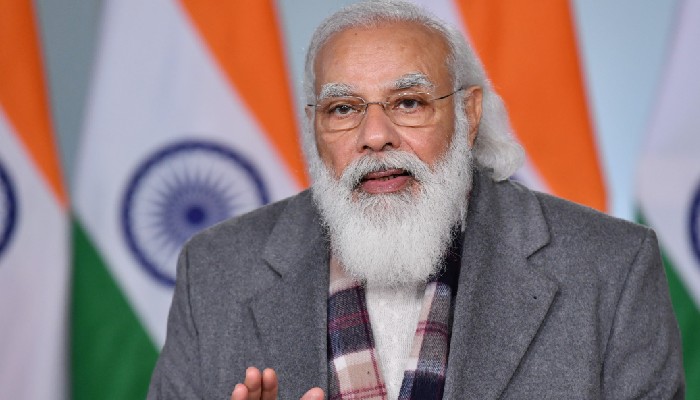 More than 400 top industry leaders from across the globe will attend the session, wherein Prime Minister Modi will be speaking on the Fourth Industrial Revolution - using technology for the good of humanity.

Prime Minister Modi will also be interacting with the CEOs during the event. The Davos Dialogues agenda marks the launch of the World Economic Forum’s Great Reset Initiative in the post COVID world.

As per media reports, Agriculture Minister Narendra Singh Tomar, Health Minister Dr Harsh Vardhan and Petroleum and Steel Minister Dharmendra Pradhan, as also business leaders such as Anand Mahindra, Salil Parekh and Shobana Kamineni would be among other speakers from India at the Davos Dialogue.

While the WEF will host its physical annual meeting in May in Singapore, as against the regular venue of the Swiss ski resort town of Davos, the Geneva-based organisation is hosting this online event, named ‘Davos Agenda’ around the same time it generally hosts its yearly congregation of the rich and powerful of the world.

The event has been billed as a platform that will see top world leaders deliver special addresses and engage in dialogue with business leaders at the start of a crucial year to rebuild trust.