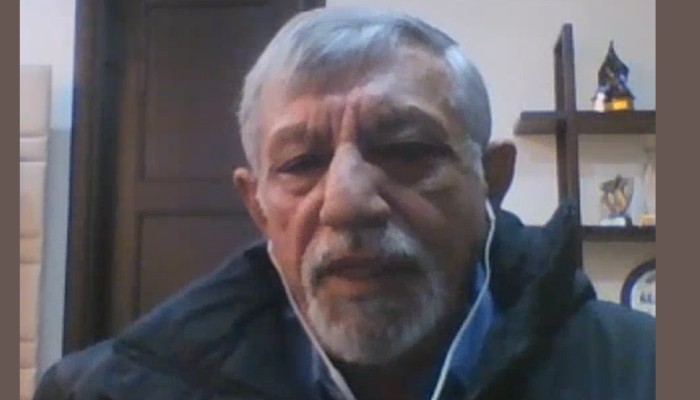 The India-United States partnership will play a major role in subduing China’s aggression, said Major General (Retd.) Harsha Kakar in an exclusive interview to India News Network, reiterating that the US’ stand on China remains the same with Joe Biden’s presidency, as was under Donald Trump’s administration.

Speaking about the recent incident of the US aircraft carrier strike group led by the USS Theodore Roosevelt entering China amid the Taiwan and China tension, Maj Gen (Retd.) Kakar said, “The first proof you got continuing as it was under Trump’s administration is the US’ aircraft moving into the Taiwan state. That was just about two days ago. This is exactly what Trump was doing.”

Since May 2020, India and China are in a deadlock at the Line of Actual Control (LAC) with no breakthrough yet. Even after eight rounds of dialogue, and India wanting to settle the dispute peacefully, China has not backed down.

“It is a very tough situation for China at the moment. It is now in a stalemate. Staying in a stalemate is a loss for China. Backing down is a bigger loss. They are neither able to move forward and for them to move back is a difficult decision, especially with the 100th year of the Chinese Communist Party. If they surrender or they move back, it threatens Xi Jinping’s existence within China,” Maj Gen Kakar said.

Not only India, but Maj Gen Kakar also noted that China will be a challenge for the US as well, in a few fields, including its aggressiveness, threatening of Japan, Taiwan, and the Philippines, and in the technology sector. However, the US will not completely stop engagement with China.

“They need to have engagement as India is doing with China to prevent any incident from growing up into a crisis which then gets difficult to control. So, in some areas, there will be engagement but in larger areas, there will be a management of the China aggression and trying to keep China subdued. For this, the Indo-US partnership will play a major role,” he said.

The India and US relationship has been on an upswing especially since 2020. An example of this was when the Basic Exchange Cooperation Agreement (BECA) was signed between both sides just before the presidential elections in the US.

With Joe Biden taking the post of the President in the United States, diplomats are predicting what lies ahead in the Indo-US relationship, which has over the years turned into a strategic partnership.

Speaking about the road ahead with Biden’s presidency, Maj Gen Kakar said, “Basically, the same will continue. It will build up. If you look at 2006, Joe Biden himself had said that by 2020, India and the US will be the closest nations. But, for the last four years, with Joe Biden not being there, this has been on hold. It only built up with Trump. And now, back to Joe Biden, we will see a change.”

“We have got to realize that the relationship has gone through ups and downs. In 1962, when we faced China, the US was with us. In 1971, the US tilted totally towards Pakistan. Clinton, though close with India, still felt that South Asia was a nuclear flashpoint. He was looking into resolving the Kashmir issue, something that India was not keen on. That was the time when Kargil also happened. But since George Bush, the relationship began to change. It changed during Obama and further built during Trump and I think now it’s going to build further because of the way geopolitics are changing. India is becoming a more major player,” he added.

The change from Republican to Democrats in the US will hardly have any impact on the relationship of India and the US, Maj Gen Kakar felt. With Biden’s government taking charge, there would be an emphasis on human rights issues like Jammu and Kashmir, however, these will not come in the way of the building relationship between the two countries, he said.

About the policy changes, Maj Gen Kakar expects not many changes as the relationship of the US with India is too broad-based.

“H1B Visa might come about faster, as already talks of it, coming through. Trade will take some time. As far as the defense cooperation and the rest of it, there will only be advancement. I do not expect very much in terms of policy changes because the relationship with India is too broad-based,” he said.

Overall, there will be a rise because as time passes, the US needs India, Maj Gen added.