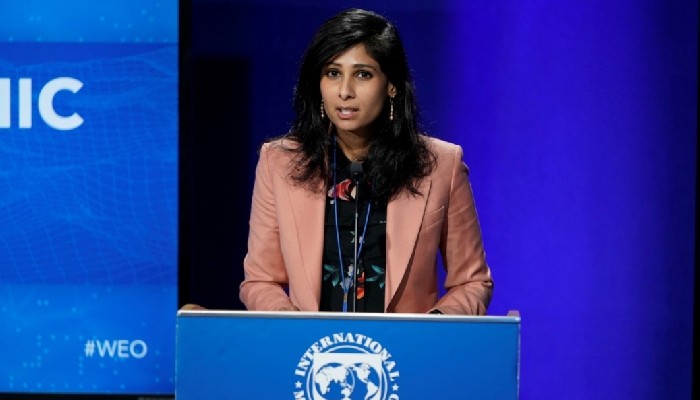 In her response to a question on three agriculture laws enacted by the union government in September last year, the IMF chief economist noted, “These particular farm laws were in the area of marketing. It was widening the market to the farmers. Being able to sell to multiple outlets besides the Mandis without having to pay a tax this had the potential to raise our farmers income.”

“That said, every time a reform is put in place, there are transition costs. One has to make sure and pay close attention that it is not harming vulnerable farmers, to make sure that the social safety net is provided. Clearly there is a discussion right now and we will see what comes out of it,” Gopinath added.

She explained that there are multiple areas where the reforms are needed that also includes infrastructure.

According to the LiveMint report, Gopinath’s statement comes in the wake of the union government's agriculture laws being opposed by thousands of farmers hailing from Punjab, Haryana and Western Uttar Pradesh, demanding a repeal of the farm laws.

The report mentioned that farmers unions are adamant on their demands and the 11 rounds of talks held between the union government and the farmers have not yielded results with both sides hardening their positions.

In the last round of talks, the union government offered to suspend the laws for 1-1.5 years and form a joint committee to find solutions. However, the farmers demanded a complete repeal of laws, it added.